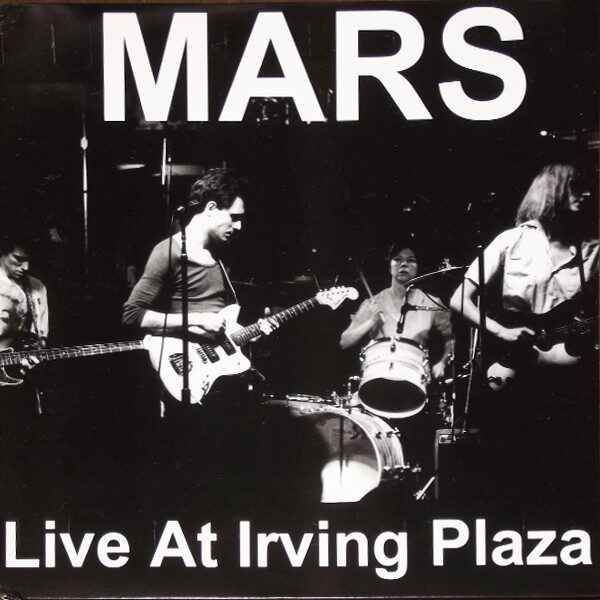 Live at Irving Plaza (FEEDING TUBE RECORDS FTR083 / NEGATIVE GLAM #NG2) is the second release of Mars live recordings to be compiled by Byron and Thurston and issued by Feeding Tube Records. The date was 4 August 1978, the next-to-last show to be performed by this most fragile and implosive of No Wave bands. Of the two volumes (we noted the first one here), this is the one recorded by Brian Eno using a type of cassette recorder that he’d brought from one of his trips into the future, presumably a little time after he’d curated and brought into being the seminal No New York compilation LP for Antilles. Also of the two volumes, it may be heresy to admit, but I find it the less satisfying to listen to, in spite of the huge improvement in recording quality. This may be because the first side is so bitty, full of all the annoying stops and starts and pauses between songs that you usually get with a band playing a gig. Perhaps we should find it reassuring that even these doomed romantic heroes of nihilism turn out to be human beings like everyone else.

Even so when they do manage to get a song started, it’s like nothing else you’ve heard before in the history of post-punk or No Wave genres, or indeed much like anything else played or recorded since then. Mars records always project something quite ghastly, beyond tension, beyond fear and hatred, an inchoate confusion of the soul which they struggle to translate into the form of punkified noise music. The struggle could be the most important part of what they did, and it’s still to their credit that I never heard a single piece of music by them where they appear to be remotely comfortable with anything – with themselves, their music, their instruments, or the audience. This presumably is what has made them extremely unlikely to have turned into a touring arena-playing bloated travesty of their former selves, like The Rolling Stones, and thus it could be that in denying this longevity that Mars hold the secret key to rock and roll; it’s worse than playing with fire, and you have to engage with energies so dangerous that it can only end in total meltdown of the mind, body and soul, and the whole thing passes by in a very short space of time. All we civilians ever get to witness is the mere aftershock of these events.

In any case, my doubts were dispelled by side B, which is a single track called ‘NN End’ and which features guest played Rudolph Grey of The Blue Humans. Now this is something you’ll be glad to have heard – a bizarre overfed noise that is both joyous and despairing, a lumbering formless sustained shriek which somehow still contains enough primitive inner rhythms to keep it alive, and to make it into almost danceable music. The reaction of the audience at the end of this one, while creditable, hardly seems appropriate to the black cloud of acid-filled poison that has just been created, but maybe it filled their lungs so they could carry it home afterwards or keep it in the fridge along with last night’s Chinese food. An edition of 500 copies with a splendid cover photo, plus a 20pp booklet called Mars As We Know it written by Byron and Thurston based on interviews with Arto Lindsay and Mark Cunningham. Just great! 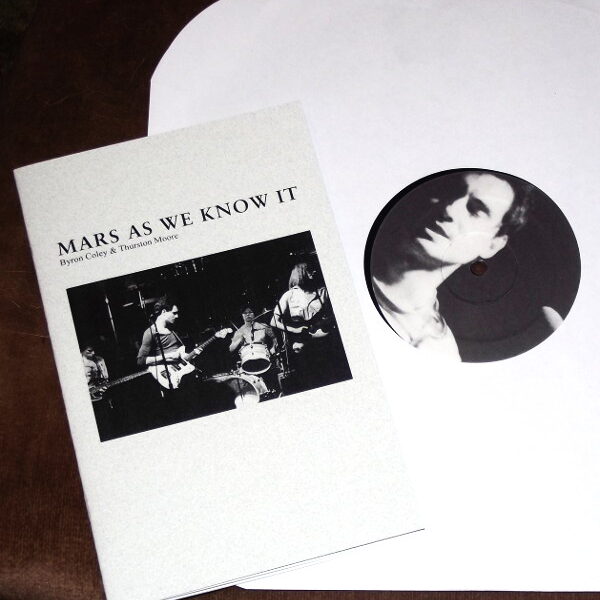