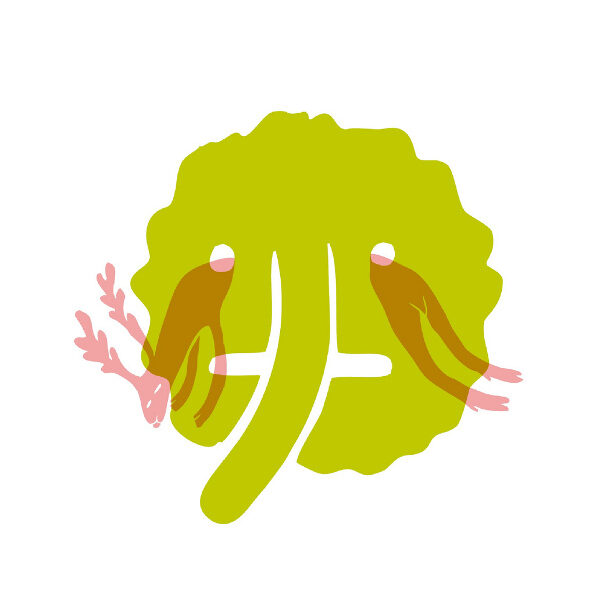 Curiosity of the week arrives from Le Ton Mité in the form of an album called Version D’un Ouvrage Traduit (MUSIC A LA COQUE COQ 07). There are 26 short songs on here, sung in French (or perhaps Belgian), and played with a very eccentric instrumentation comprising guitar, cello, percussion, keyboards and woodwind. Everything is tightly scored; the instrumentation never “rocks out” or swings like a jazz combo for one second, instead being required to perform in strange, halting, mosaic-style, with little picky pieces of music in short, unpredictable phrases. Pretty mannered so far, but the singing – mostly performed by the writer and guitarist, McCloud Zicmuse – is also mannered, eccentric, and poised to the point of near-absurdity. Zicmuse, as he styles himself, has been recording as Le Ton Mité since 2002, sometimes as a solo venture but also with an ever-shifting band of hand-picked collaborators by his side, sometimes releasing the results as CDRs on his own Zicmuse micro-label; his Mutatis Mutandis existed in an edition of just 20 copies.

As to the current incarnation of the band, Zicmuse tells the story of how it came about in the liner notes for this release; he got stuck in Bordeaux on his travels, or to put it another way refused to leave someone’s comfortable house, and ended up staying in the area for several months enjoying himself at various parties. Sounds like much food and wine was involved. Zicmuse himself romanticises the events, portraying himself as a heroic American-styled hobo, and undergoing minor existentialist dilemmas and doomed romances as he enjoyed this semi-Bohemian lifestyle. At some point he put together a band of players from his new coterie of friends, and this five-piece – after playing live concerts and touring – went to Studio Chaudelande to record this album. The precision and assurance in the playing is the result of many nights spent practising and honing the songs on the road. The record was originally released in 2012 on the French Kythibong label, so this 2014 edition is in fact an Italian reissue. I suppose it means something if music as odd as this can get reissued so quickly.

We do have to admire the ingenious construction of these songs, and McCloud Zicmuse’s unerring sense for how to pare down an arrangement to the bare minimum deserves our applause – it reminds me, in part, of the quirky big-band minimalism of Maher Shalal Hash Baz. But the songs follow the composer’s template so closely that they tend to plod along, without any syncopation. At the same time, not much emotion is conveyed; Zicmuse intones every song in the same deadpan fashion, so it’s not clear from his detached and faintly ironic position where he places himself in relation to the song’s subject, if indeed the songs are “about” anything at all. However, this is worth investigating and it might be he has a cult following all of his own. The label, based in Italy, previously sent us a great reissue of an early Nu Creative Methods cassette, so they may be home to other interesting oddities. Arrived 22 April 2014.