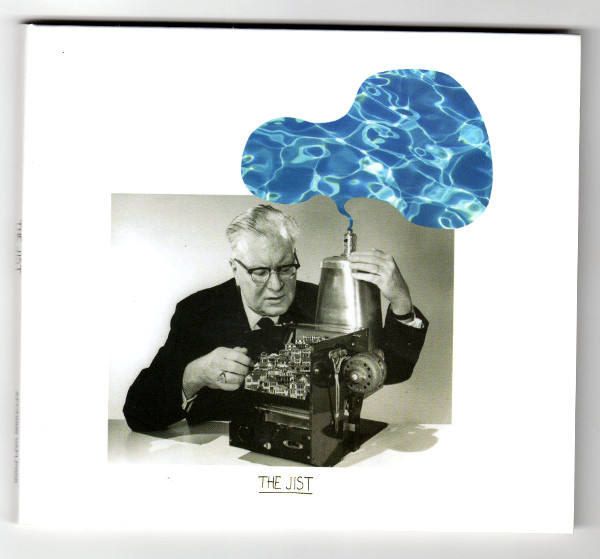 I’m enjoying The Jist (VA FONGOOL VAFLP006), the album by The Jist, the Norwegian duo of Torgeir Hovden Standal and Natalie Sandtorv. Natalie wails her formless agonised and bizarre vocalising, and Torgeir plays some insane guitar noise, both of them feeding their actions through what is probably a large number of electronic boxes and effects pedals, with the express aim of transforming everything they do. Matter of fact “normal” sounds are not allowed at all, it would seem, as the pair work their way into a looking-glass world which excites and interest them. The sense of playfulness is also reflected in their six track titles, which refer to “being in between jobs”, mosquitoes stuck in the throat, and something about “being rejected at Watergate” (?). While at times Natalie reminds me of a female and more supple Phil Minton, neither she nor Torgeir confine themselves to the restrictive precepts of “classic improvisation”, and seem just as happy exploring greasy and metallic noise episodes, or even a form of angst-ridden post No Wave rock music. It took them two years of playing together before they felt confident enough to release this album, and their work is the result of a lot of effort, preparation in the set-up, and finding inventive ways to transform the sound they make. Very good. Arrived 10 April 2014. 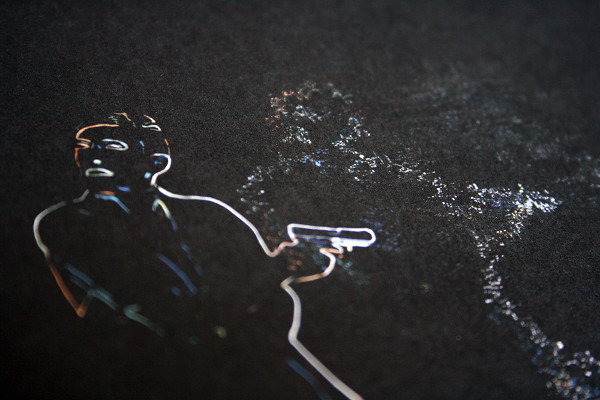 Shivers – a trio of players using just clarinet, drums and “logic” – have produced a splendid self-titled album (MIASMAH RECORDINGS MIACD028) of improvised droning noisiness which is palpably alive with threatening, dark energy. When it’s not doing that, it produces a monstrous groan-drone effect not unlike some sleeping ogre who is going to chomp you in two with his big tusks when he wakes up. I for one enjoy the ruthless distortion of the sound, which produces a very attractive abrasive surface for the music, while at the same time running roughshod over the “traditions” of recording improvised music with accuracy and precision in mind. The performances are not half bad, neither. That’s Gareth Davis on the bass clarinet, and Leo Fabriek on the drums. Davis has played quite a lot with Machinefabriek and is also a member of A-Sun Amissa, Birdt, Maze, Mere, and The Whalers Collective, and Leo Fabriek has also drummed with Rutger Zuydervelt’s fine Dutch combo. That’s Rutger Zuydervelt supplying the “logic”, which could refer to computer programming, but his interventions are strong and powerful for Shivers, and he’s not just providing some polite background murmur with black boxes. Rather his role is strongly transformative, making their music into an exciting take on the “electro-acoustic improv” trope. I would say his actions are most successful on ‘Ash’, ‘Otomo’, and parts of ‘Rabid’, where he’s adding joyous abstract black sheets of filth, but on ‘Spacek’, where the trio opt to play a sort of movie-soundtrack suspense cue complete with a taut syncopated rhythm as the victim ambles innocently up a dark alley, it’s Zuydervelt who treats the whole track to give it an attractive muzzed-out patina so that the music can masquerade as some piece of dub-ambient-techno. As to the cinematic vibe, the band are explicitly paying homage to the movies of David Cronenberg, in particular his early “body horror” films with their nasty (though unique) ideas about the transformation of human flesh. From April 2014.

Update 12/01/2015: Rutger Zuydervelt writes “Thanks for the nice review on Shivers, the trio I’m part of. To clarify: the “logic” in the credits is the software program Logic, which is uses to transform/edit/process the recordings from Gareth Davis and Leo Fabriek and create the compositions.”