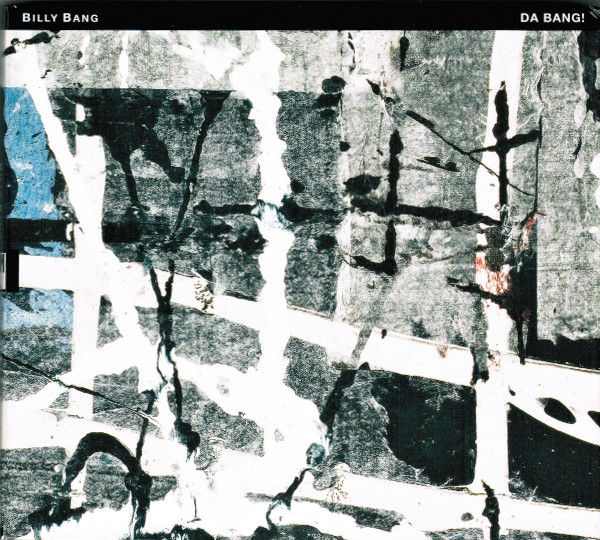 To promote improvised jazz musicians “whose work is not favoured by the commercial trends of our time” is a helluva righteous mission statement and it’s becoming a genuine treat to receive further bulletins from those good folk at Finland’s TUM Records. The Da Bang c.d. comes as the third Billy Bang-related disc on this imprint (see also the Prayer for Peace and the FAB Trio’s History of Jazz in Reverse sets), but is one tinged with poignancy as it was this Alabama-born avant jazz violinist’s very last recording. Billy (a.k.a. William Vincent Walker), died in April 2011, succumbing to cancer.

For this release, his team of regular hired hands/N.Y. scenesters has reconvened; namely pianist Andrew Bemkey, Hilliard Greene on acoustic bass and drummer Newman Taylor. And, as the proverbial cherry on the icing: the renowned Dick Griffin, whose impressive c.v. includes time served with Roland Kirk and Sun Ra, has been added on trombone duties. Aside from the lyrically sweet and self-penned “Daydreams”, the repetoire this august quintet tackles is of a ‘my foolish pin-ups’ concept, in which we find a number of cover versions, that originate from the pens of influential jazzers from Billy’s past. All of which are given a swingingly vigourous work out. The title track (originally written by Barry Altschul) opens with guns blazing. Its jazz noir backdrop, replete with scattershot piano shards and forceful ‘bone forays being an interesting contrast to Don Cherry’s “Guinea”; a 12.26 showcase for near incendiary high end sawing. I can almost detect the aroma of smouldering rosin. Oh my. With some super dextrous bass wrangling, Ornette’s “Law Years” makes for a fascinating rework as does the swaying lyricism snaking out of Miles’ “All Blues”.

The only “Achilles Heel” moment emerges with the closing track: Sonny Rollins’ folk/calypso-derived “St. Thomas”. Its breezy themes are too redolent of hotel foyer serenaders caught in a grainy sixties budget cinema travelogue and unfortunately jars mightily when measured, in imperial or metric, against the rest of the material on show. A minor wobble really as the Da Bang package (with yards of info/photos and two eulogies to Billy from Amiri Baraka) is still a fine and fitting epitaph to a major, major talent in jazz improv and planets beyond.