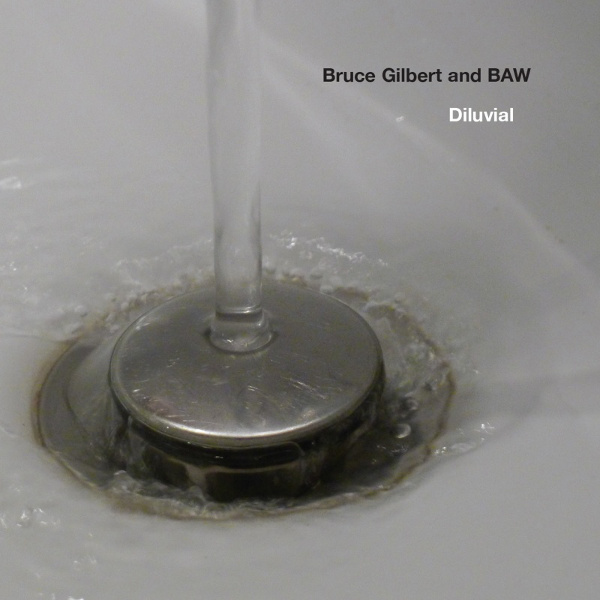 But I hate those Russian dolls, they’re so full of themselves, and such clichés undermine the very serious art school formalism Gilbert employs in his solo work. Here, they would utterly betray the gravitas of the subject as well.

For this release, Gilbert hooked up with Beaconsfield Art Works, essentially David Crawforth and Naomi Siderfin, to create a sound work on rising sea levels, with nods to the great flood of the book of Genesis. The beginning as an end, the end as a beginning. The biblical reference is carried through some of the track titles, for instance ‘Beasts of the Earth’, and the release title, ‘Diluvial’, which means ‘of the flood’.

During archival research some years ago, I found postcards of lifeboats in a place hundreds of miles from any sea, because the town built and donated a boat to the RNLI, in 1906. They had lifeboat parades on Saturdays, special occasions worthy of a memento. But viewed from a distance, after the oil peak, as the ice caps melt, these images suddenly ceased to be simply of the past.

They became premonitory, just as, for Patrick Keiller, the Edwardian films of Mitchell & Kenyon began to look like the mix of modernity and third world technology he predicts for the future. Beginnings as ends, ends as beginnings.

This is almost an Ur Touch release, to use an appropriately biblical term. The soundscapes are not merely illustrative, they concretely project presences into our all-too-cosy living spaces, about the now-inevitable worldscape where human expansion is causing habitable land to recede.

I often think that Touch resemble another label I’m crazy about, LA’s Cold Blue, in terms of their lush photographs, serial packaging, and radical formalism. Cold Blue also highlight West Coast ecological concerns. But there is a massive difference: Touch refuse to even describe themselves as a record label, and Cold Blue are coming, very positively and engagingly, out of the conservatoire. Jon Wozencroft’s gorgeous photography seems quite uncalculated, whereas Cold Blue’s has a hard curatorial eye. Touch seem to be asking, ‘are we bothered about being called music or art?’ Before answering ‘No!’ and getting down to the job of carefully calibrating each release. Whether that is Philip Jeck’s fragmented editions, or Fennesz, they never parade words like ‘postmodern’, pontificate or posture, they let each release simply speak within its series, as this one does.

The ‘psychogeography’ angle will doubtless be invoked in other reviews of this release, or at the very least in hipster kitchens. I was involved in many 1990s groups, making the last page of Merlin Coverley’s book on the subject, and the extension of so-called ’psychogeography’, out through Mount Vernon and into Ghost Box, is, for me, a political abdication. The spectre they are mourning is the end of the post-WW2 social consensus. It is clearly identifiable, it can be faced, it is not ‘ineffable’. The aestheticisation of its ruins and the fantasy space of ‘hauntings’ they create, neither serve as a protest or a product I am comfortable with.

But here, without invoking the term ‘psychogeography’ at all, the real heaviness of the landscape and its future is brought home. Gilbert and BAW mine the environment, quietly, unpretentiously, and productively, for its latent meaning. These are not nature sounds amplified, as that other Touch collaborator Chris Watson might provide, they are often processed beyond recognition. As we proliferate, the land recedes, calling the sea to swallow our children. Here, actually, are the alien sounds of a world beyond us, a world without our destructive parasitism.