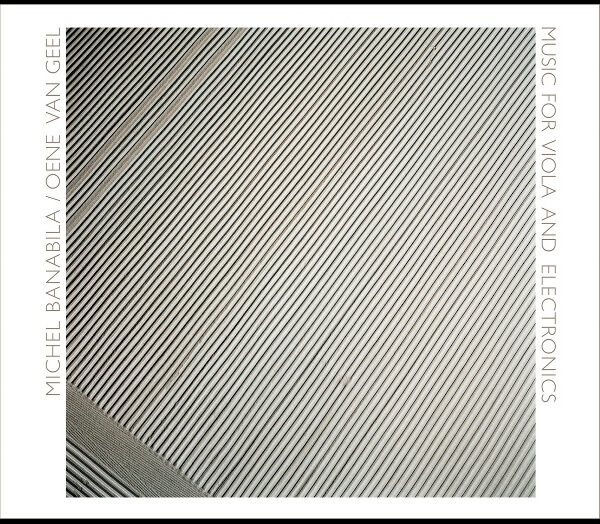 Let’s get to the music, straight (time running out) : large spreads of what the title indicates : at first majestic, and already embodying drama (dynamically), resonating with cavernous snippets, inserts, crackling while the former large spreads play on. The trip is a quiet one, or so it seems, sliding along the harmonizing instruments (Stroh violin, viola, A-100 analog synth).

A much more adventurous part opens, then : increasingly dynamic, with more conflict or at least drama, confrontation between the elements at play here > more fractured; then another story going on (or is it the same, turning different ?) : battle soundings, electronics exploding, ACTION !

Different-paced events, exciting sequences, gunshots booming to shake you from this fast and colorful lullaby. Strings extend and sustain (excessively) this moment, the instant, while rubbings of ambiguous origins occur. There’s a throbbing interaction between the various instrument (electronics being not the least);

Note that the music played seems to contrast with the sleeve visual ( the music as represented or evoked) : there are records (object) just announcing “this is music” or “music played herein”; why not (a : because it could have been bland ?) Very thin stripped lines adorn the sleeve (an art piece ?) whereas the inner visual displays a photograph of the concerned instruments; again, why not (a : because it could have been dull ?). Other records dress up as fiction, which can work too, as to take the music, not for granted, but elsewhere.

Save maybe for the first piece, and of this I’m not even sure, the music here is that of a moving landscape, a line being followed, a narrative unfolding before our very ears, through which the sounds, their location and their dynamics encapsulate their drama. Which is probably the idea. 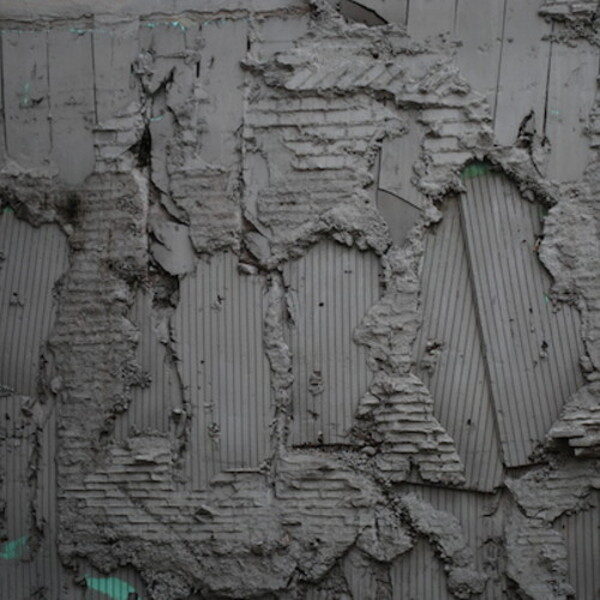 Delicate soundings (strings, percussions, wood, bells) combined to form little dramas again. Strictly organized, the clear-defined interventions slide, retreat, attack, so that we can hear a tale, here and there : moments in time. Somewhat quiet, but made of careful voices which all sound respectively bare and raw (though raw they’re not). The compositions allow a comforting depth-of-field, components coming and going in and out of focus, a piano playing in the far distance, a buzzing heard nearby. Plucking, blowing, brushing, hitting, rubbing, are just common procedure, here : language. The ritual evocations of chiming bells, combined with the electroacoustic approach on other objects, along with the whistling sources and droning snake lines, convey an austerity feel to the music produced, albeit injected (infected ?) with life. Devoid of any redeeming funk (but that was not the point anyway).
The sleeve displays painted cardboards, evoking a gigantic wall, a building, the grainy and decaying surface of a wall.

At some point, the music culminates, climaxes as a droning force surges upwards, then relaxes and ends.

Definitely appreciated under headphones. Clattering metal bits, rubbing and scraping while a synth string vibrates, a drone sustains : matter in time. Happening sounds at Vari-Speed : here the material is not only organized through distance, or space, but through pace and the varying frequencies too. It throbs and pulsates and scratches on.