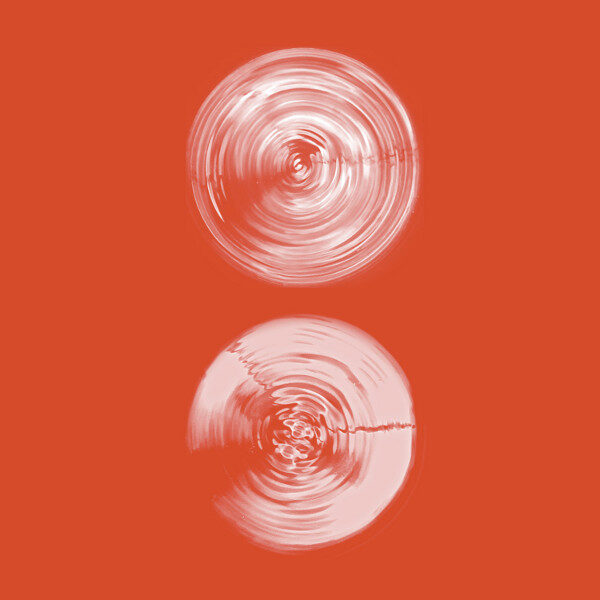 David SHEA is the Master Sampler of Jajouka. Voices and heavy beating calls as a preamble, spreading waves of sound, as layers preparing the foundations of what is to occur; aptly, a piano happens on theses foundations, expanding with confidence to reach another plateau, rich in its dynamic amplitude, its textures.

As far as samplers and sampling are concerned, the lush (even through silences and space thus provided) compositions offer something for everybody : an excessive richness (the various tracks sound, to me, as if D. SHEA has been working on blocks, regions, zones), and DRAMA ! For all I know (little), I pleasurably can hear Luc FERRARI’s sense of drama, for instance. As listeners, we can here experience a series of milieux to step through, like states, or rather we are granted access to the said states (some are actual jungles, sacred ones : animals thrive in it, but silence and an ongoing vibration filter all the way through).

The percussive drum-like booms rescue you from being stuck, ravished by those seducing venomous flutes bouncing on one another, in a dervish stupor. Take a deep breath, focus on the bowls, you can hear voices again. There’s a sense of hypnosis, but surely not in the “lull” sense of it. Every stage of the aural trip is highly dynamic, colorful in a subtle way; things seem to merge in a transparent way, be they dissimilar (the more, the better). The general picture is no pink fluffy cloud in the sky of my head, machines and sometimes crude instruments are involved to create a musical sum conjuring ritual chamber atmospheres. Words here are expressed within some eerie surroundings, giving way to fierce demonic percussions and flutes, but shortly : a whirling descent awaits ! Admirably, the most prominent feature here is the multileveled local trip David SHEA managed to build. it could have been an experimentally poetic movie echoing ritual music , aiming at mysticism through your ears, as Psychic TV worked on practical ritual music (or music for rituals, or AS ritual). Sound as a tool for elevation, or way before that, for meditation. Harmonics and frequencies, songs, speech.

At some critical point, dangerously carried away by angels of light, I even began to hear scorching guitar waves instead of bells. The sleeve didn’t mention Oren Ambarchi. Oh well. 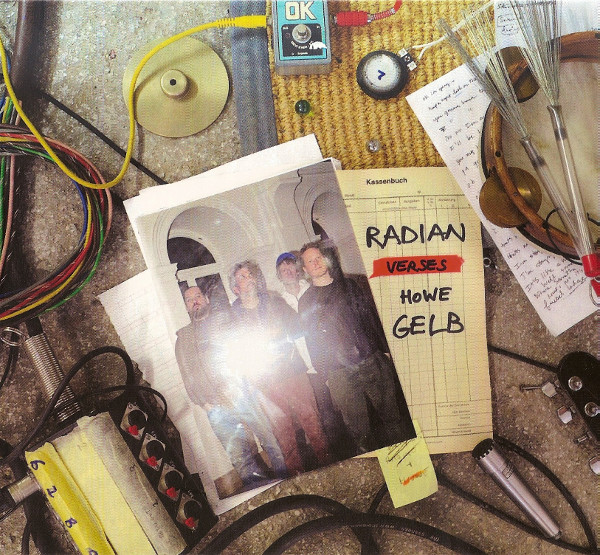 Here we are, ears focused, facing songs, unusual situation (for me). Said songs exist in a specific environment : they resonate, echo, or say, they sound : electronic treatments (effects) affect both voice (Howe GELB) and instruments (RADIAN). Mid or slow-tempo, these songs always embody a catchy side, despite the general nakedness of the overtones. The voice sings or speaks the words, the instruments sustain, adorn, complete, drag the words upon an identifiable stage that could be called “the rock song format”, but in the post-rock fashion (if such a term is saying something significant) that likes to spell things separately (let’s split a hair, there), in order to expose (and swap roles ?) the various forces at work : deconstruction ! Which is a noble purpose; but this here project succeeds in that what we are given to hear is mostly songs, and not deconstructed elements of the “rock” vocabulary at all. The atmosphere stands suspended above the ground (the stage) where cavernous drums pound on, while the various components bounce and reverberate around. Beats abort, start again as if nothing had occurred in the short lapse, giving the whole work a fierce and rigorous touch which manages to never take away the beauty of the landscape; just the opposite. Scratchy interventions of the “local” delivery, associated with layers of strings and noises, everything at stake agree on a brutal cut, introducing a smooth overtone, obviously much larger than the sum of its harsh parts. Along the tracks, I’m reminded of that atypical rock band KAT ONOMA (french, late 80’s), who used silence, breaks, muted trumpets, cut phrases, mercilessly severed surges of sound, as a vocabulary. Both bands here share the spareness, an economy in what they chose to use. Each element at work, even amidst layers, sounds in total control. Self-consciously placed. The (sound) production is a wonder, in my book, in terms of sculpting sounds to erect something that stands on its own.

The songs, of course, let their skeleton show : there’s wood in there, electronics, strings being plucked or hit, fire, paper, empty room, barrels, sockets. At the same time, this very physical music never sounds contrived, everything fits, both the lone singer/songwriter AND the austrian post-electroacoustic outfit. They HAD to unite and do something. I also even have no problem (so far) with the freak-est moment at the end of this record : “MOONRIVER”, on voice and piano. So far, I said.