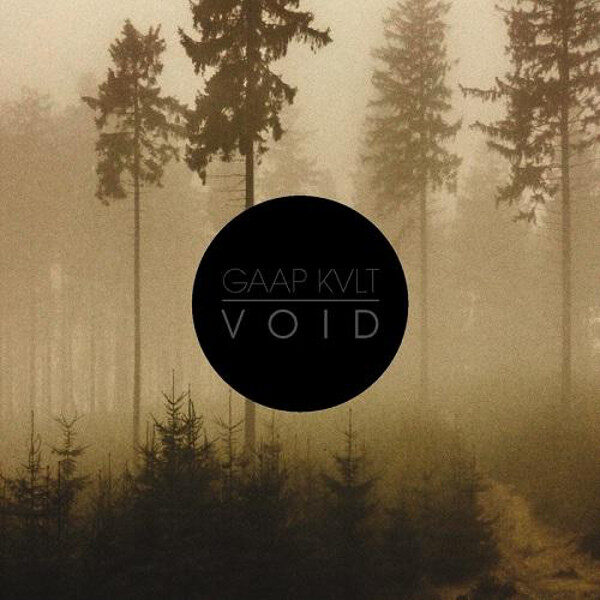 One of the joys of music is that you can pick up a disc by an artist you have never heard of and have your life transformed. It sends you off scurrying down new paths, exploring new worlds and reveals to you why life is such a glorious thing. Unfortunately, this is not one of those.

Gaap Kvlt clearly seeks to add mystery to his persona by appearing in promotional literature as a hooded figure. The English and Polish nature of this, leads one to assume that said artist might be Polish. However, another one of his habits (pun intended), we are then informed, is that the one with the cowl likes to confuse through suggestion. This is the first full release, treading on the heels of cassette and festival mini CD issues, at which laptop and cassock emerged, conjoined.

So, dressed and ready to go let us start. Full of low, resonating tones, often interrupted or backed with a undeviating (read monotonous) rhythm. Cross-rhythms come in (equally monotonous) to alter the first. Nothing too hectic. These are fashioned with percussive or industrial sounds. Lighter effects flitter in and out, but the main recourse consists of drones/pads, stretching into the distance. Atmosphere: ambient. Effects: metallic, clangs, flapping wings, virtual dustbin lids, chimes. Field recordings: from the Maghreb and the Middle East (we are told). Possibly, the atmosphere of these pervade ‘Peganum Harmala’, ‘Ritual’ and ‘Far’, giving them an occasional Jon Hassell/Eno (Possible Musics) feel. Just not as good.

“Void also brings us a promise of warm desert wind and the impenetrable darkness of the Saharan night”, says the press release. I’m from a different planet, says I. Pulse: steady, undeviating. Patient: dead on arrival. There is a void at the heart of the machine.