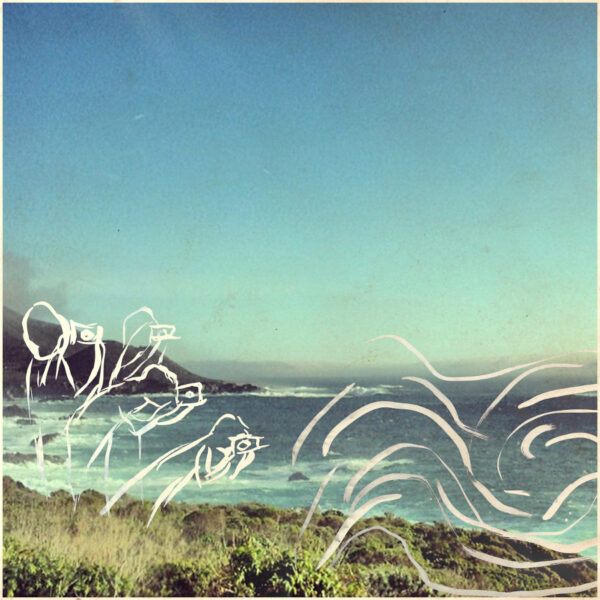 Got a solo cassette from Mitch Greer, who is one half of The Lickets from San Francisco. He appears modest and reticent about his accomplishments on Everyone has a Photo of the Ocean (NO LABEL), to the extent that he only published 20 copies and mailed out seven of these – so I suppose I’m one of the seven recipients. The process of creation he describes is interesting, as he reaches for phrases like “dream-like state”, “in a haze”, “hypnotic” and “meditate” to describe aspects of the production. What resulted is an intriguing mix of music, such as the lengthy ‘Piano Song’ or the acoustic guitar of ‘Sky and Forest’, and sound art; everything manifests itself as uncertain and ill-defined, fuzzy around the edges to add to the general mood of ambiguity. While it may seem rather process-heavy at first, it’s my guess that Greer is unrolling some subtle compositional strategies here; every track has the reality-sapping effect of a desert mirage, and induces odd trance-like effects in the listener. Very effective use of repetition, duration, and restrictions in the overall framework. As to duration, it’s a surprisingly long tape – side one is over 50 minutes of music. This somehow seems more focussed and effective than some of the recent releases I’ve heard from The Lickets. Cover image is also quite ingenious; seems to depict the futility of a photographer attempting to capture one of nature’s fleeting moments using their digital camera. The same Puckish will-o-the-wisp qualities inhabit this release. Arrived 28 May 2014. 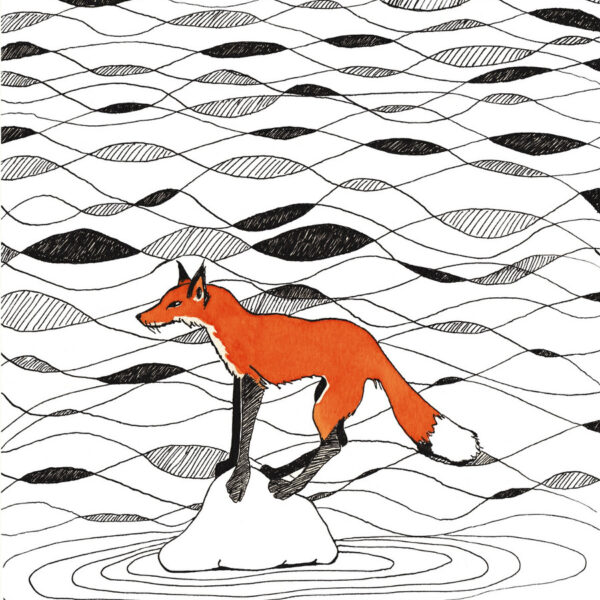 The Iditarod no longer exist as such, but the duo of Carin Wagner and Jeffrey Alexander were active for five years from about 1998 onwards, and are reckoned by many to have had a good deal of influence on what is loosely regarded in the UK as a renewed interest in acoustic, song-based music, a trend labelled by some as “neofolk”. Come to that, The Iditarod did collaborate with Sharron Kraus on at least one release, although Kraus is somewhat more explicit about her interest in investigating ancient ballad forms and folk-song. From this LP compilation Foxfur & Rarebits (MORC RECORDS morc #68), it’s harder to nail down where The Iditarod are coming from, but a distinct and rather eerie chill emanates from these fragile, brittle cuts of tranceificed acoustic guitar ripple-picking backdrops of Alexander (later of course Black Forest / Black Sea), and the wispy, slightly poised singing voice of Wagner. Themes of forest, weather and animal life are there in the track titles, but the lyrics tend to remain elusive and sketchy, almost to the point of starkness. It’s like hearing the first Trees album boiled down into a thin soup, then strained through a colander to remove all the meaty chunks. The duo tip their plumed cap at early Pink Floyd for one track, their resigned and gloomy take on ‘Julia Dream’, and elsewhere use studio effects very sparingly to convey a sort of hand-made psychedelia. Melancholic, dirge-like, this LP will come to inhabit your musty manor with pallid ghosts of white-faced maidens and other lost souls. From 22 May 2014. 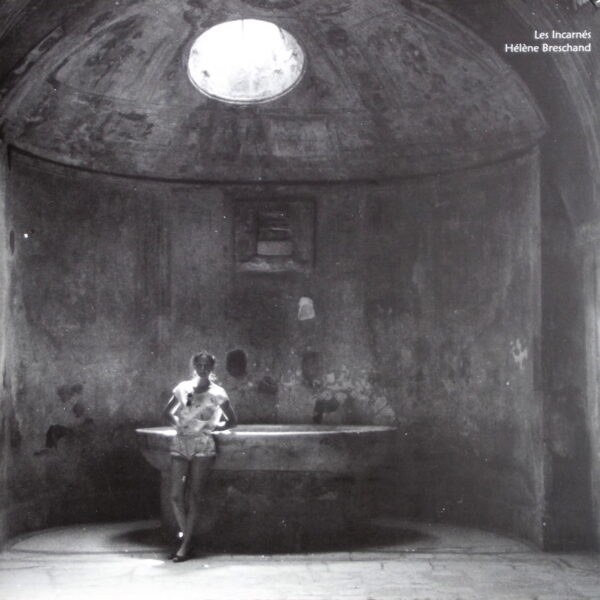 Haven’t heard from the exceptional harpist and vocalist Hélène Breschand for some time, when in 2010 we noted her Double-Peine duo album with Sylvain Kassap where she supplied unearthly mystery voices to that troubled film-noir soundtrack of the mind. Here’s her latest solo release for Franc Vigroux’s label, now shortened from D’Autres Cordes Records to Dac Records, and it’s a lengthy instrumental meditation on the theme of Les Incarnés (DAC20141), a word which roughly translates as “In The Flesh”, or may have connotations of (divine) incarnation – The Word made flesh. Breschand performs everything with either amplified or acoustic harp and adds her spectral voice to the layers of sound, producing a slow and grandiose statement, changing the mood from solemn, frightening, lonely and joyful – running the listener through a veritable briar patch of emotional turmoil. She’s capable of producing extremely subtle, delicate and near-melodic passages which must require considerable grace and skill in their execution. Then the next moment she’s creating nine types of merry Industrial Heck and causing the metallic walls to come crashing around us. In all her strategies, she produces fascinating and compelling music / sound art, never once descending into the morass of “good taste”. Atmospheric, near-gothic, chilling, yet also overpoweringly beautiful. The tone and themes of the record are well captured by the cover photograph made by Jean-Marc Bouchez, which pictures Breschand inside one of those European 15th-century canopied tombs, looking for all the world as though she had just climbed out of the sarcophagus after a refreshing sleep, and put on contemporary summer clothes to greet the viewer. What secrets from the past will she disclose? Arrived April 2014.