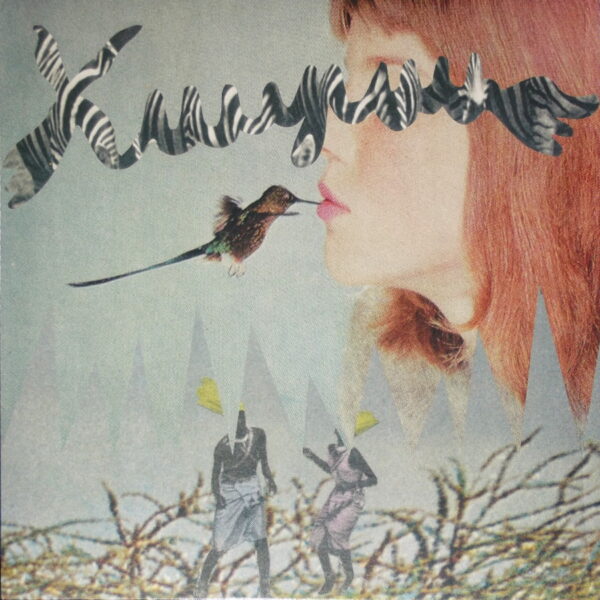 After eight years since I first heard her two Dekorder LPs, I find I’m still struggling to understand or make much sense of the work of Kuupuu, the very talented Jonna Karanka, member of Avarus and one of the more incomprehensible of the fey Finnish acoustic brigade. Sisar (EM RECORDS EM1112LP), her 2013 release for Em Records, has some moments at the start when it seems possible to penetrate the gauzy veneer of rainbow lights and misty veils, but I lose the thread in short order. In these recordings from 2009-2011, she continues to use multiple acoustic instruments to create amazingly exotic sounds, and tape loops to underpin the music with clunky, deliberately-irregular rhythms. It’s divine, but what does it mean? The language barrier may be one problem, although she isn’t intent on conveying “meaning” through song, by which I mean she is not setting out to be a songwriter as far as I can see, not even when her breathy vocals are used to add one more layer on top of what is already a very cluttered surface. The translations of the titles into English suggest poetic themes such as the moon, the passing of time, plant life, friendships, and spiritual leanings; plus the brilliantly hermetic title ‘Viisikko Kuusikossa’ which translates as “The Famous Fifty-Six”. The humming bird collage cover is also nice.