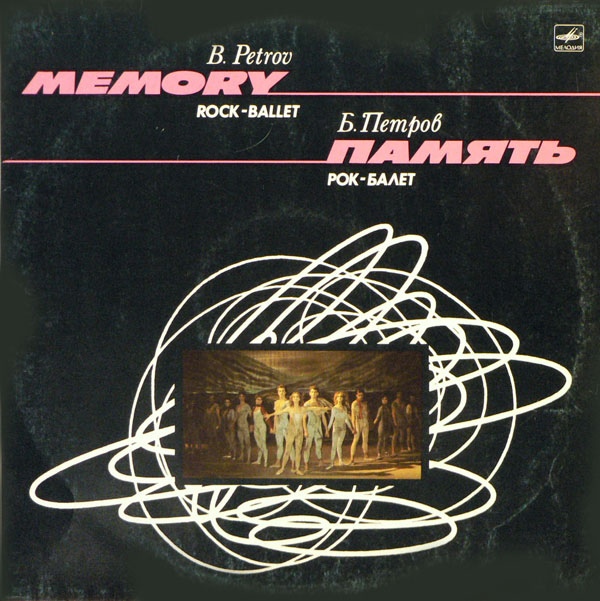 Composed by Boris Petrov who also plays synthesiser together with sound engineer Yuri Bogdanov (of which at least one of the instruments of choice was a SYNTHI-100), this work for the most part is a wondrous example of vintage 1980s Soviet electronica combining glassy space-age ambient, modern classical pop cheese and experimental electro-disco pop in roughly unequal measures. As the titles of the mostly short tracks suggest, this album should be heard in its entirety as a soundtrack to an imagined ballet or similar opus. Preferably one combining various media including film, maybe some live acting and dancing, and one where stage performers and audiences alike can act, dance and sing together.

The length of the various pieces has its pros and cons: too short to be developed fully, allowing listeners full immersion in the soundscapes they represent, yet not so long that the tracks become repetitive and exhaust your patience. (One function among others of a number of these vintage Soviet electronic pop records was to supply stock library music for films, cartoons and advertisements, hence the length and the experimentation that only goes so far.) In several tracks the music is very sprightly and it’s not hard to imagine them as mini-soundtracks for Saturday morning children’s cartoons about space travel and exploration of planets where aliens happily offer warm welcomes, fuelling facilities and free rocket maintenance and repair. One track, starting about the 12th minute, has a very cute video-game rhythm and the cheesy accordion-sounding space melodies and wobbly percussion to go with it.

I generally find the tracks that include orchestral accompaniment to be uninteresting and stereotyped cheese drama matinee-film soundtracks and suggest that listeners skip over these pieces. Fortunately most of them are on the album’s B-side so if you wish, this whole side could be dispensed with once you’re familiar with the entire work. Being on short tracks though, even the most cheesy music does not hang around long enough to put you off your food completely and the most saccharine pieces don’t linger over any forced emotion or sentimentality for too long.

On the whole, this opus is an interesting example of the electronic space pop output on Soviet airwaves back in the 1980s. I only wish some of the more ambient space pieces were longer – about twice as long as they are – just so I can savour them a little more. I might just do that actually, the album is easy to find on Youtube.com.