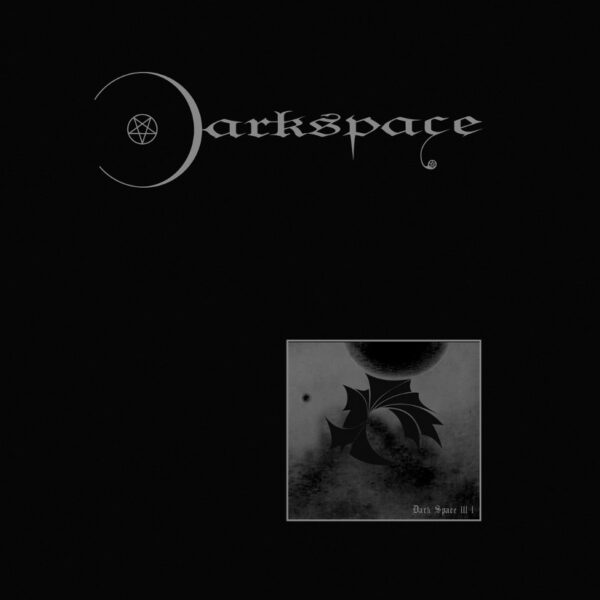 Those of us who’ve been following this Swiss trio for a long time now – OK, I know I’m not speaking for everyone who’s a fan but there’ll be many of you nodding in agreement with me – know that our obsession with Darkspace’s music is not about the quality or the consistency of their music or how they layer it with keyboards, multi-voiced demon choirs or conversations or dark foggy atmosphere that gives the music a thick(ish) sort of ambience; it’s about a definite vision of the universe, whether outside our solar system or inside our heads, that the band’s albums conjure up once the guitars are in full throttle and the bass and synth drums power the music into the firmament and beyond. This vision is an obsessive one, yet one that all of us have to face at some point in our lives, and includes questions like: what is our place in the universe as individuals, what is our place in the universe as a collective (as a species or a community) and does the universe care for us at all? If the universe does not care for us – and Darkspace’s albums suggest that it doesn’t – then is it merely indifferent to our presence or does it even seek to extinguish us? All these are questions that concern one and all, because the answers to them will dictate how we behave towards one another, to our fellow travellers (animals, plants, fungi and all other life-forms) and our own planet Earth which may or may not be the only body in space that has life.

With this album, that view of deep space is still as intense and the music is as epic and majestic as ever with the implied tragedy of humanity’s existence and future heightened and given definite drama. The division into three “tracks” is more for convenience as the music is more or less continuous for over an hour. Everything proceeds at a mad pace, the programmed drumming especially as its speeds are turned up to levels that can only be described as manic and deranged. The screaming that carries on throughout the album is demonic and hateful – I only wish the hazy ambience didn’t soften the edges of the screeching as this deserves to be heard in its full alien malevolence in the context that Darkspace operate. Likewise the drumming (which has always been muted on the trio’s albums) probably needs to be brought forward in the mix more so that its full inhuman mechanical evil can be given the respect it demands.

Within the roaring maelstrom there are occasional moments of serenity and peace (even if this is not the peace that comes with order and hope for a better future) – the start of the second track, with its gothic industrial space tone-wash, is quite a beautiful piece of sound art to behold and to be immersed in. Of course such moments last briefly before the listener is plunged yet again into deluges of acid tremolo guitar storm psychedelia, church organ solemnity, hollow-cave synthesiser wash and banks of motorcycle bass rhythm grind. As the album progresses, the madness that is always present in the music escalates to the point where in the last few moments of the work it completely takes over, holding listeners in a near-catatonic state. The horror is very real and remains even while the album dies down to an ambiguous close.

I understand of course that on purely technical merit this album might not sound all that different from previous Darkspace albums – where “III I” differs from the others is in the details of the music, the human drama is made more explicit than previously – but this is beside the point: these albums are intended as hypnotic and highly immersive personal journeys into inner space and the value we get out of them depends as much on what we bring to the listening experience as our reaction to the music itself.

So with that, what else can I say but to mangle Shakespeare: Once more unto the breach, dear friends, once more … there’s nothing so becomes a man as modest stillness and humility when the blast of Darkspace’s latest blows in our ears …