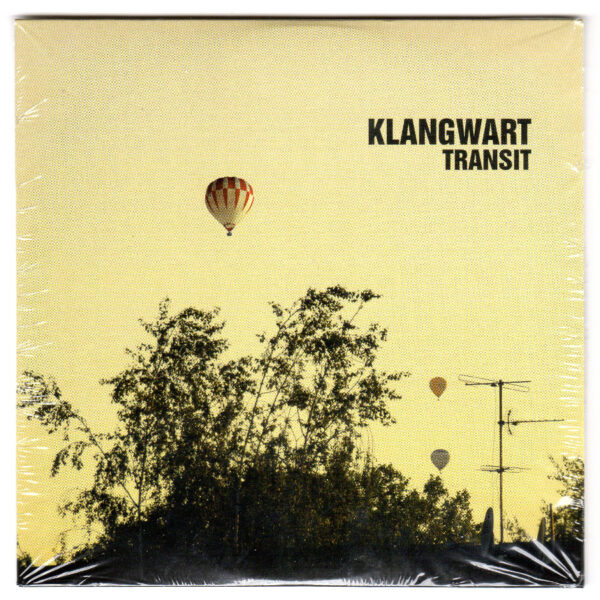 Klangwart are Cologne’s Markus Detmer and Timo Reuber, who have been described as ‘neo-Krautrock’. This album definitely draws on the cultural folk heritage of motorik. For that is what this music is now, it’s trad, dad. This is true in the best sense, but also sells them very short, because their work is also very far from a pastiche of Neu!

Timo Reuber’s solo album Ruhig Blut (which means “keep cool”) flat-droned either side of a mechanical perpetuum mobile, which incrementally distorted itself into white noise terror. Here, ‘Express’ is sawn from the same steel, a metallic grating, it is the engine of the album.

What was striking about ‘Ruhig Blut’ was how the strategy was faithfully followed throughout, the formal logic just allowed to unwind. It was kept distanced, and very cool. It was art. Structuralist art. That logic can be seen here, but taken out of the Kunstler laboratory and placed in a narrative about narratives, a journey representing all modern journeys. Traffic that becomes ceaseless flow, just before the ceaselessness itself becomes stasis, an inflated moment.

Here this is very much more in the line of Lindstrom though, and therefore Manuel Göttsching’s E2-E4. It is engaged experimentalism, bubbling up through minimal techno. Detmer and Reuber describe themselves as ‘music workers’ and ‘sound explorers’, of the ‘Klangstelle’, or sound-place, and here as ‘sound station attendants’, who ‘refuel’ the listener.

This is a narrative in the human world, where Ruhig Blut seemed to take place only inside the machine. There is a dialogue, for sure, we pass from “Express” to “Station”, which is all digital bleep, calculations, checks and balances, before travel commences again, with “Transit” and “Plateau”, and we’re back to the endless, endless flow of the 21st century human life, with its history, its tradition, stretching back to the 20th.