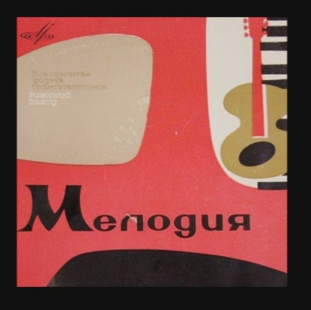 Of the various unheralded minor pioneers of electronic music who tried to promote their love to a much wider, often skeptical and resistant audience, one such hero must surely be the Soviet Russian musician and composer Vyacheslav Mescherin (1923 – 1995) who over a period from 1957 to 1990 composed original pieces of, and adapted other works into, electronic music compositions with his group The Orchestra of Electronic Instruments, more usually known as the Vyacheslav Mescherin Ensemble or the Vyacheslav Mescherin Orchestra. Many of these works were performed on acoustic instruments such as accordion, balalaika and violin which Mescherin and his fellow group members adapted by adding microphones and pick-ups; they also snapped up new electronic instruments such as the Soviet-made Ekvodin 1 synthesiser for their repertoire. Drums and theremin rounded off the group’s instrumentation, all of which were deployed in developing a style of music that can best be described as a mix of light space pop, easy-listening lounge music, folk melodies and sentimental kitsch tunes.

The 1964 EP release “Ulibka” is a good introduction to the group’s style if you want something short and sweet to step into without fear of being overwhelmed by the saccharine. As it turns out, the music is not too sugary and some of it is even genuinely melancholy. The title track bounces along busily like a presumptuous little tin soldier, almost forcing you to be gay, but the track immediately following is wistful and dreamy with soft and mellow glowing tones. “Do, Mi, Sol” is a cheery tune on spaced-out Hammond organ with electronic tones splashing out all over. “Druzhba” is the kind of kitschy piece you’d be too embarrassed to tell your friends about, what with the faux Latin-American rhythm, the cheesy organ and the shrill high-pitched acid synthesiser, but it’s very infectious and soon you will be dancing all over the joint to the slack-jawed astonishment of family and friends. The recording finishes off with a sentimental tune performed to the peals of electronic hanging metal and crystal xylophones. Bleached-out organ add a bizarre psychedelic touch to the music.

I think this relatively unknown Soviet kitsch recording deserves a wider release through an eclectic little retro-specialist label like Creelpone, if only Creelpone had more money and resources to hunt it down. (I confess to not buying enough of their stuff otherwise they probably would have all the band’s releases on CD-R by now.) All the music here is performed with much love and feeling, and while it is quite cloying, the cheese factor is redeemed by the recording’s sincerity and innocence, and these are qualities hard to fake.

Vyacheslav Mescherin and his group enjoyed a long career that spanned over three decades, disbanding only in 1990 when Mescherin apparently and arbitrarily decided that the band had long passed its use-by date. Age might have had something to do with his decision as by this time Mescherin was in his late 60s. During its existence, the band produced over 1,000 music recordings, all of which are now archived in the Soviet Sound Recording Museum in Moscow; many of these recordings were scores for science fiction films and animated children’s shows like “Nu Pogodi!” (a Soviet version of Bugs Bunny versus Wile E Coyote) which means that several generations of children in the Soviet Union and other parts of the world where the cartoons were exported grew up with this music without necessarily knowing who had composed and performed it. The group’s music was popular with early Soviet cosmonauts like Yuri Gagarin and even politicians of the stature of Nikita Khrushchev fancied some of the music. Mescherin and his musicians also toured farms, factories, military bases and other places throughout the length and breadth of the Soviet Union, from the Arctic to Vladivostok, and even visited Afghanistan.

For a time – a long time indeed – this ensemble brought space age electronic pop entertainment to the masses from the Soviet political elite to factory and farm workers and recordings like this must truly be considered the soundtrack to popular Soviet proletarian culture.

“Ulibka” can be heard at this Youtube link. More information about Mescherin and his contributions to Soviet pop music can be found in Charles Mayne’s 2003 article “Mescherin Blasts Off!” at this TransitionsOnline.org link.