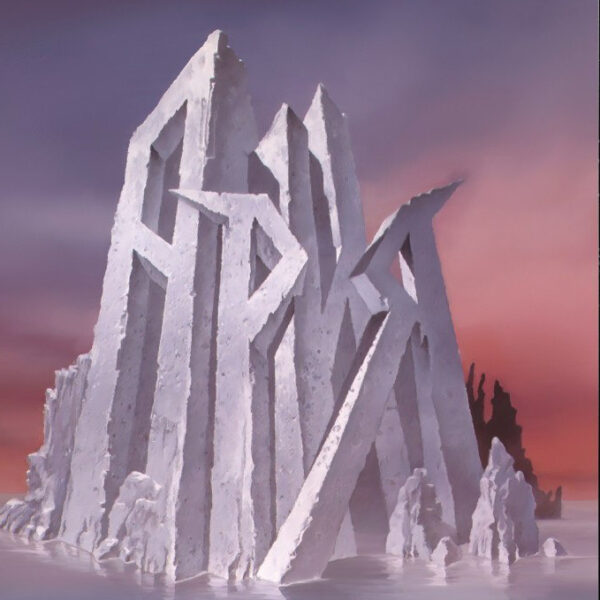 At long last I found a hitherto long-forgotten and ancient Judas Priest album where instead of Rob Halford screeching his lungs inside-out and back again, Freddie Mercury is the one warbling songs about war, future dystopian scenarios and riding his Harley off into the sunset after a hard day’s setting the asphalt ablaze. Well, no, not really, but this recording, apparently the first true heavy metal album made by a band in the Soviet Union, sure as heck sounds like it! Go on, hear it for yourself – it’s at this Youtube link – and tell me if I’m hearing things!

Actually this album, the first by Russian band Ariya (more usually spelt Aria in English, I know, but I’m transliterating literally from the Cyrillic spelling) is not bad at all: sure, the influences from Judas Priest and Iron Maiden among others, especially in the singing, are very obvious but the songs are well written and played, and at times the music even surpasses the originals in style, subject matter and inspiration! Most songs have distinct toe-tapping melodies and lead guitar solos that rip up the fretboard and nearly set it on fire. As the album continues, there are inevitable moments where it falls into poodle-rock territory and the arrival of synthesiser on some tracks does put the fear of schmaltz polish into a self-respecting metal-head’s soul, but apart from one song in the middle, most tracks are not long and the musicians tend to keep everything fairly restrained. By the time the last couple of tracks are on the horizon, the early fire has long since settled into warm-hearth mode and only occasional sparks of lead guitar riffing give any indication of what these guys are capable of.

For what is basically a home recording – the band members recorded this album in their own studio/s, and one must bear in mind the political / social context in which Ariya were writing, recording and performing where Western cultural influences were at best frowned upon and discouraged by government authorities – the production is not bad though it’s basic. Indeed the lack of polish adds a much-needed tough quality to the songs, especially those songs coming later in the album that aspire to the operatic (the title track) and the overblown (“Mechty”).

It’s a bit of a shame that at the time the band did not have a very clear musical identity of its own: the guys slip from Judas Priest through Iron Maiden and the Scorpions and back again, and sometimes I even hear 1980s Queen. I have heard one other recording from Ariya and it seems telling that, like this debut, it starts with a track most like Judas Priest and then goes into something more like generic melodic hard rock with no clear identity. According to the band’s entry at Encyclopedia Metallum, it is still a going entity though like Priest and Maiden it has suffered from revolving-door personnel crises and the current line-up features only one original member (guitarist Vladimir Kholstinin) of the line-up that recorded “Maniya Velichiya”.