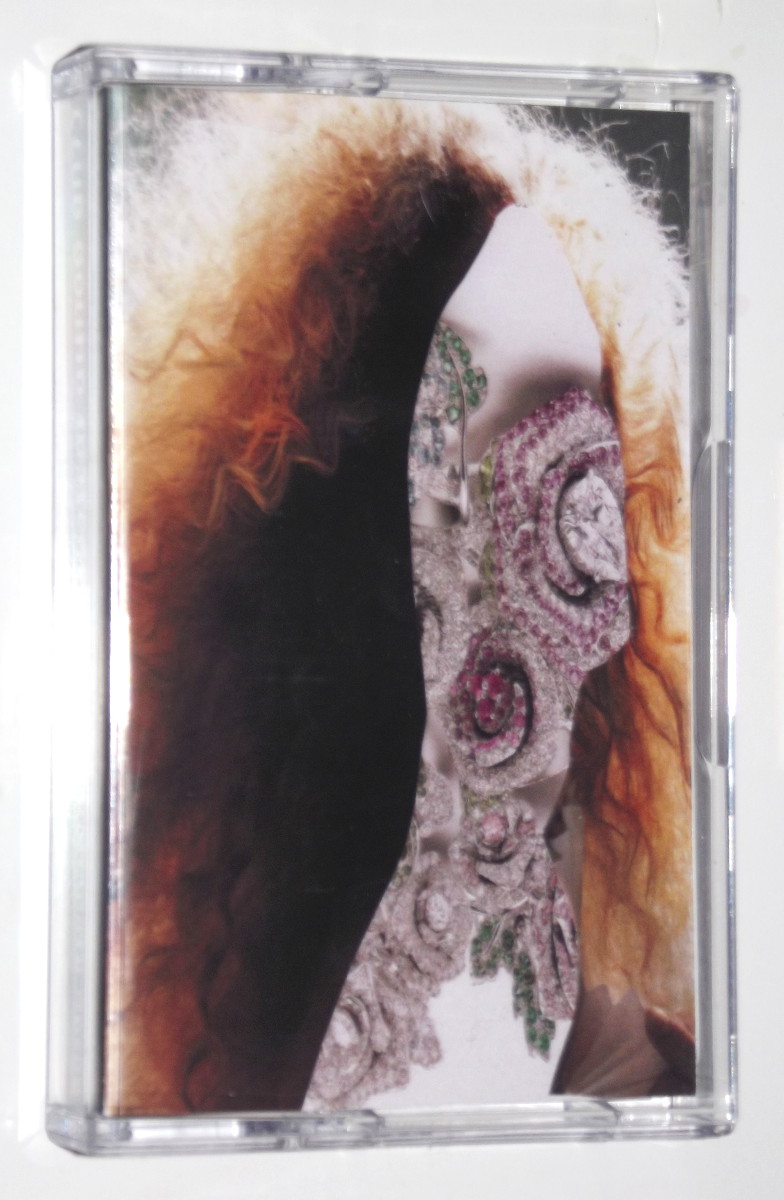 Started out with high hopes for the tape Revolutionary Spray (LF RECORDS LF039) by Club Sound Witches, an act which by its very name alone seems to promise much by way of the diabolical and the occult mixed with techno rhythms…and a publication on YouTube explicitly guarantees “experiments with alchemy and psychokinesis”, an approach which can only be good for immediate short-term results, even if damaging to the soul in the longer term. And the cover art looks like fairly demonic, its collage highly suggestive of a malevolent entity making an unwelcome visit to your home, or a Golem-type spell going horribly wrong. But as for the music, it’s a yawner…all I’m getting from this cassette is an annoying wimpy little squelched-up beat-loop which is about as irritating as a malfunctioning toaster, some vaguely “spectral” drones in the background, and the wispy vocals of the female half of the act, her presence barely impinging on the fabric of the music. The duo had a couple of releases on the Brisbane experimental techno label Breakdance The Dawn before this one, and Matt Earle has played with various Australian improvisers including Will Guthrie and Anthony Guerra. Nicola Morton has played in rock band Bad Intentions and Offerings. I’d be the first to admit I know nothing about the genre, but I was labouring under the illusion that dance music was supposed to be somewhat more “energetic” than this. On the other hand, this music’s “ethereal” quality is what attracted Greg Godwin of LF Records to release it in the first place, affirming it’s an “instant antidote to machismo ‘noise-techno’”. From September 2014.