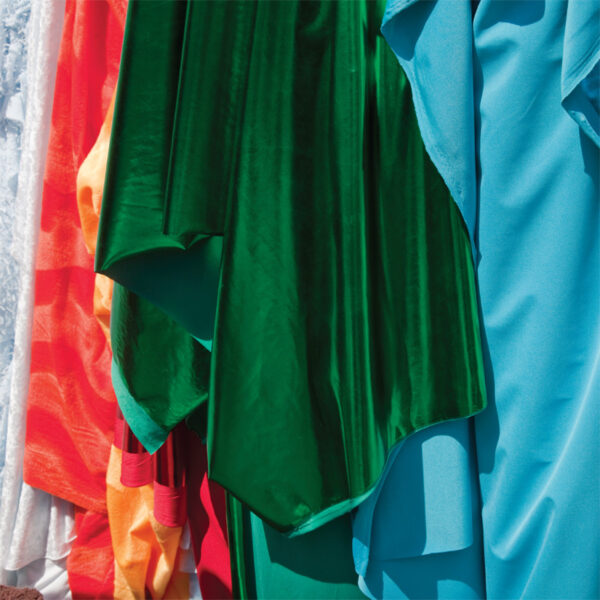 Marc Sabat is a Canadian composer, violinist and erstwhile mathematics student, with a full CV of concert, installation and festival works. Resident in Berlin since 1999, this vinyl release on German label Care Of Editions is the latest result of his ongoing investigations into musical intervals based on the ratios of small whole numbers. In other words, it’s Just Intonation – and not a lot else, to be honest.

What we have here, then, are five drones for two violins, recorded in a Berlin church with LA musician Andrew McIntosh. The first two tracks are “Intonations after Morton Feldman”, which breeze by like Ramones singles in comparison to the great man’s gargantuan works, of course, but which still feel plenty long enough at around the ten minute mark. “Two Commas” is slightly more sprightly, but really, this is music which is in no hurry to get anywhere. The leisurely pace persists on the B Side, with “Duas Quintas” and the imaginatively titled “Composition” relentlessly working through the same harmonic pulses and tones.

On the plus side, some of this music has a certain plaintive eeriness which is quite appealing, especially on “Duas Quintas”, which is like a folk lament at sunset. On the other side of the equation, the sound is remarkably thin for a vinyl LP recorded in a church, and I found it difficult to tell one track from the other without getting up to see where the needle was on the record. No doubt the fault is mine. I’m sure there’s a coherent musical theory being explored with intellectual rigour and discipline here, and more educated ears than mine will probably appreciate it at that level.

I was more intrigued by the design on the back sleeve, which at first glance looks like a magic circle, suggesting occult rituals and the invocation of discarnate spirit entities. It’s actually a diagram showing the correlation between the sale of vinyl LPs and the release of downloads (which are discarnate entities of a sort, I suppose). Care of Editions have come up with a business model whereby they pay you to download tracks, based on the profits from the sale of vinyl. You can read an 11 page, fully referenced tract about this approach on their website, should you be so moved.

In any event, Les Duresses is an intellectual exercise rather than a frenzied rite, so adjust your expectations accordingly.