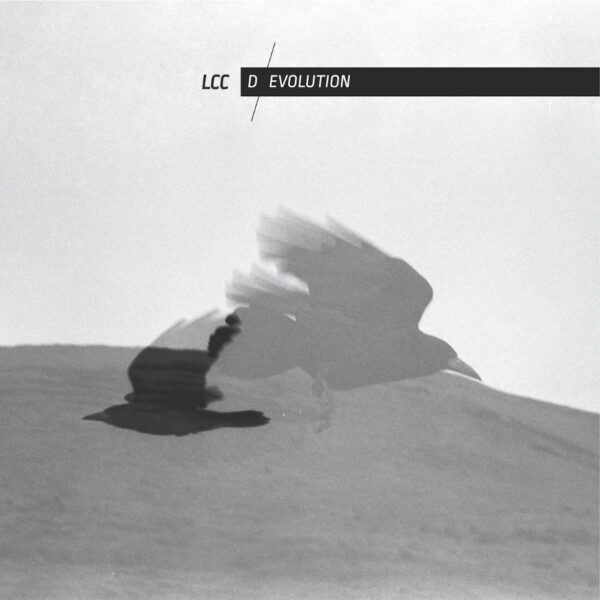 Oh this year we’re off to sunny Spain, with an Austrian release from an Asturian duo. LCC are Ana Quiroga and Uge Pañeda, who formerly operated as LasCasiCasiotone, just in case you thought the acronym stood for Lancashire County Council or something. Actually, there’s very little that’s sunny about this Editions Mego release, so if you’re hoping for Balearic style fun in the sun, look away now. What we have here is a deep, dark stew of crepuscular electronica and ambient sounds, and a subtly tasty dish it is too.

The track titles are all terse, cryptic, possibly mineralogical nouns – “Chróma”, “Calx”, “Graphein” – which gives you a clue to the nature of the music. “Quarz”, for instance, sounds exactly as you’d imagine a track called “Quarz” to sound, with opaque drones and facets of muted but hard-edged beats. Likewise, “Titan” sounds like an out-of-control drilling robot pursuing you along a metal corridor in an abandoned asteroid mine. This satisfying fit of track title and musical atmosphere is one of the many pleasures to be had from this record.

Quiroga and Pañeda also display an admirable restraint and a talent for keeping everything under control. “Calx”, for example, builds over a series of oscillations to a point of intensity and then hangs there, tantalisingly, until the needle runs out of the groove. There’s a sense of power being held in reserve, which, of course, is a powerful thing in itself.

If you’re wondering about that title, the press release tells us that the album “reflects on the paradigm that is Evolution, and examines the extent to which our development and technological advancement, which is inevitably bound to the extraction and processing of minerals from the earth, has broken and deformed our natural environment.” To be honest, knowing this doesn’t exactly enhance the listening experience, but then again, it probably doesn’t detract from it either.

All in all, a fine blend of quality ingredients, expertly combined. The perfect soundtrack for a voyage through the crystalline underworld, or to accompany a nice glass of dry Sidra Asturiana.