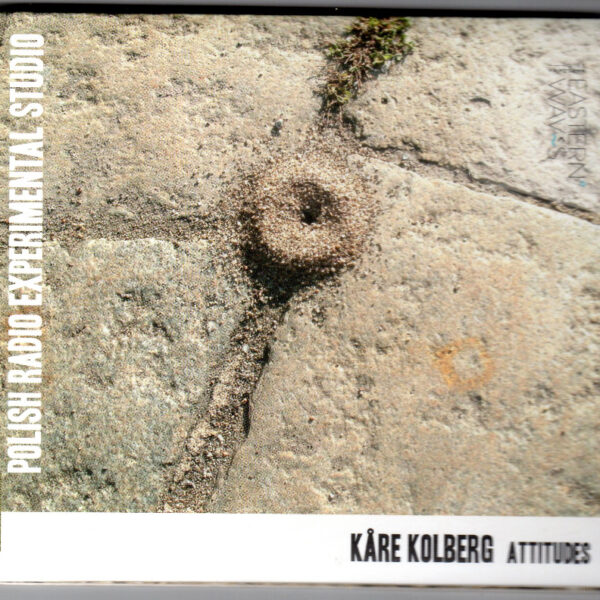 This double CD album offers a survey of the Norwegian composer Kåre Kolberg’s electronic music from 1969 to 2003. Always operating at the cutting edge of technological developments, Attitudes plots his use of analogue synthesis equipment, through to his employment of computer programming languages, MIDI and beyond.

Kolberg’s music is clearly rooted in the European modernism and avant-garde schools of the 1950s and 60s, but there’s a directness and tactility to his compositions that makes the CD immediately compelling listening. His works from the 60s and 70s often feature the vocals of renowned Norwegian Jazz vocalist Karin Krog (featured particularly heavily on Agathe from 1970), twisted, cut up, and recontextualised as a part of his highly detailed, pristine electronic soundscapes. This fusing, or collaging of genres is trend across all his oeuvre and although it may be seen as radical in hindsight, the playfulness with which he works these elements makes Kolberg’s music at once intellectual yet accessible, esoteric yet exoteric.

The later compositions in the collection make more use of Kolberg’s idiosyncratic of looping, setting up complex layers of repeating sounds resulting in strange, lopsided, almost hypnotic grooves. All the while though one can feel the presence of man with a sense of humour – Kolberg’s brightly coloured and quickly changing textures somewhat reminiscent of (particularly in Cercare from 1989) Raymond Scott’s experiments in the USA.

Kolberg’s oeuvre is a unique one, and this collection is the ideal introduction to the breadth of his electronic music. Consistently otherworldly, frequently surprising, and gripping from the outset this album offers a deeply engaging insight into a complex and fascinating composer.