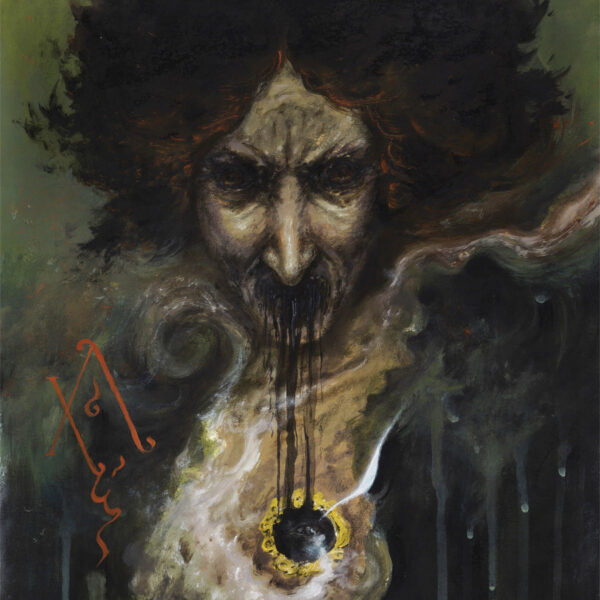 What makes this album stand out from other black metal recordings that include keyboard-based dark ambient is its epic, all-encompassing style that lifts the album into black ambient soundtrack territory. The actual black metal elements are fairly standard and are not much out of the ordinary: frantic tremolo guitar riffing and melodies that take repeated close hearings to unpick, duelling vocals (one high, one low), jackhammer percussion, and barely audible bass.

Akhlys, a side project of Nightbringer vocalist / guitarist Naas Alcameth, trades in exploring dreams and where they may lead to. To judge from the music, these dreams – or at least the ones Alcameth has – are terrifying nightmarish affairs that can haunt a person even while awake. The modus operandi is often to begin a track with ominous dark atmosphere and non-BM instrumental music that may last several minutes before the song proper, all scowling ragged (or maybe deeper guttural) voice and fast-shredding guitars, blasts its way into your head unannounced. The ambient music is more than just background ambient: it incorporates swelling and often highly dramatic synthesiser work that builds up and bulks out Akhlys’ black metal aggression, which would otherwise be quite thin.

“Breath and Levitation” establishes the trademark with a long and rumbling introduction that explodes into all-out insidious BM attack on the senses. Serpent vocals growl and snarl throughout while guitars and percussion stutter and pound out a deep black hatred and hostility. “Tides of Oneiric Darkness” takes the music up another notch with machine-gun blast-beat intensity, manic shredding guitars and near-screeching vocals. “Consummation” has a mix of strong death metal influence in parts, maddeningly shrill trumpet tone loops and slower sludge-like sections of high emotional drama that border on hysteria. This track holds together well for just under 17 minutes due to its sheer energy, concentrated mania and that deafening synth-brass. By the time it finishes, whoever is in charge of the synthesised drumming must have drilled his way twice through the planet. Oil companies, take note.

However strong “Consummation” is, it is pipped by “The Dreaming Eye” thanks to a frigid atmosphere, frost-edged vocals and more juddering percussion. This is the most blackened song on the album. The inhuman quality of the singing is more pronounced than on the rest of the album. The density is immense as layers of vocals and music do battle and give the impression of tottering on total collapse and chaos. Again, while this is a long piece, the song maintains focus all the way through and rarely pauses.

The album repays repeated hearings: the first few times, it can sound repetitive but closer attention reveals much more happening from track to track. The ambient and extreme metal styles complement one another so well that the entire work is flawless. Perhaps the bass could be turned up a bit louder so that the music could be heavier and more powerful still. The singing isn’t outstanding but the argument could be made that better vocals would detract from the intensity of the music. No, I don’t think much really needs to be changed, the work is great as it is.