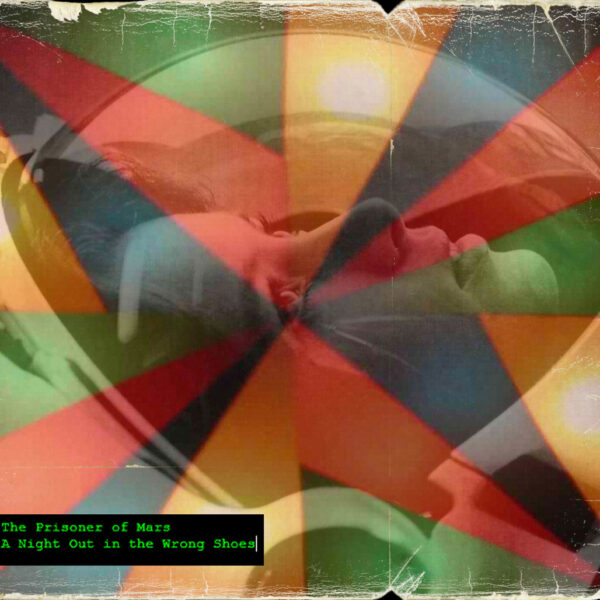 Exemplary piece of home-recording pop-psych DIY song goodiness from The Prisoner Of Mars, a Cambridge-based musician who plays and sings pretty much everything himself on A Night Out In The Wrong Shoes (NO LABEL CD), with the help of drummer Paul Richards and occasional lead guitarist C John Freeborn. His approach to psychedelia as a genre is emphatically not the same as 1990s indie bands such as My Bloody Valentine or Spacemen 3, who emphasised the heaviness of everything and used loud amplification and solid beats to deliver a souped-up “bad trip”. Instead, The Prisoner Of Mars has an attitude towards psychedelia that’s equally informed by other effluiva from the 1960s, including easy-listening records and TV incidental theme music, such that his best instrumental passages resemble lost musical cues for an episode of Tomorrow’s World, which is an aspiration of everyone from Howlround to those on the Ghostbox label.

His songs are pretty good too, even if they too meander a tad too close to the “tasteful”; parts of the title track could almost be a buried B-side by Culture Club. A visit to his Bandcamp page reveals there are some two dozen digital albums available from this prolific talent, all of them decorated with witty “retro” styled sleeves, some of which are even direct quotations / pastiches of album sleeves from rock and pop history. As you can see, this one has a jokey “time-worn” cover. While our policy is not to promote digital-only releases, The Prisoner Of Mars has a facility and natural talent in the studio which is highly endearing, and his unshowy no-frills production technique is mightily refreshing. The name may have some connection to one of Kenneth Anger’s early, lost movies. Received here 6th October 2014.