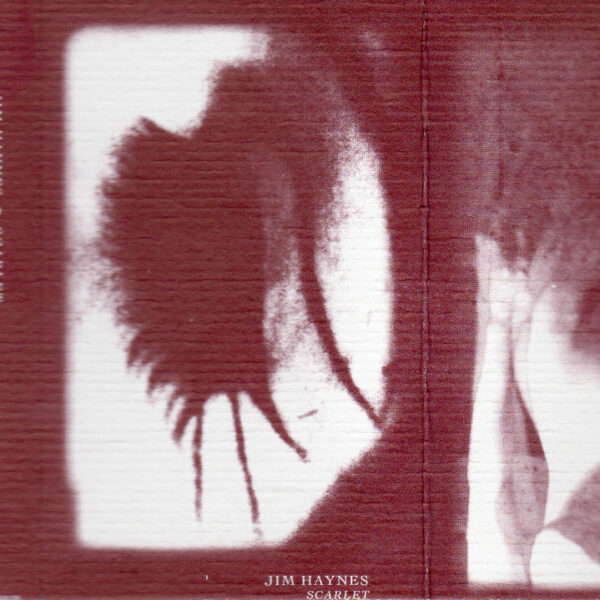 Scarlet (HELEN SCARSDALE AGENCY HMS030) is a most excellent cassette in which Jim Haynes, up to now widely perceived as the “Jon Anderson” of unobtrusive sound art, at last discovers the power of supernatural noise…well, almost. Scarlet is pretty much a continuous listen of compellingly strange, eerie and (in places) loud and disturbing noise, divided into eight sections with descriptive bloody titles such as ‘Mordant Red 15’ and ‘Racine To Vermillion’ which prime the listener for a session of decadence, blood-bathing, and grand guignol. What follows is pretty much the haunted TV screen effect of the Poltergeist movie to the power of ten…unsettling, tense, inexplicable waves of sound. The notes here tell us it was derived from hot-wired strobe lights and shortwave radio (hacked using wire-tapping devices), but also “psychic disturbance…within the Helen Scarsdale Agency’s shipping container”. Intriguing…while I have no idea what this “shipping container” may be (unless it’s simply the mail room for this Californian label), the notion of capturing psychic disturbance on tape is always a popular way to go. Just look at the large number of YouTube videos uploaded under the rubric “ghosts caught on tape” (or aliens, ditto). On the other hand, don’t do that.

Jim Haynes has always created beautiful sound art, and he has always left it largely unexplained, undetermined, with no explanation of what he is pointing the microphones at (if indeed there are any microphones) or what if anything he is doing in the way of editing, post-processing, filtering. This deliberate ploy usually invites the baffled listener to simply listen harder (rather than forcing us to do so, like some more aggressive types do). Haynes’ second triumph is the “humanity” as I would call it of his work, by which I mean he doesn’t generate dull process sound-art for its own sake, but always manages to discern the spirits of things, the ghosts in the machines, or perhaps he can clearly see the chain of life that connects everything in the world, using the gifted vision that is somehow hard-wired to his ears, however anatomically strange that may seem. His patient, sympathetic methods always yield fascinating results, where the human being can always find something recognisable that strikes a chord deep within. He is never out to alienate, nor drive the listener to distraction with boredom. 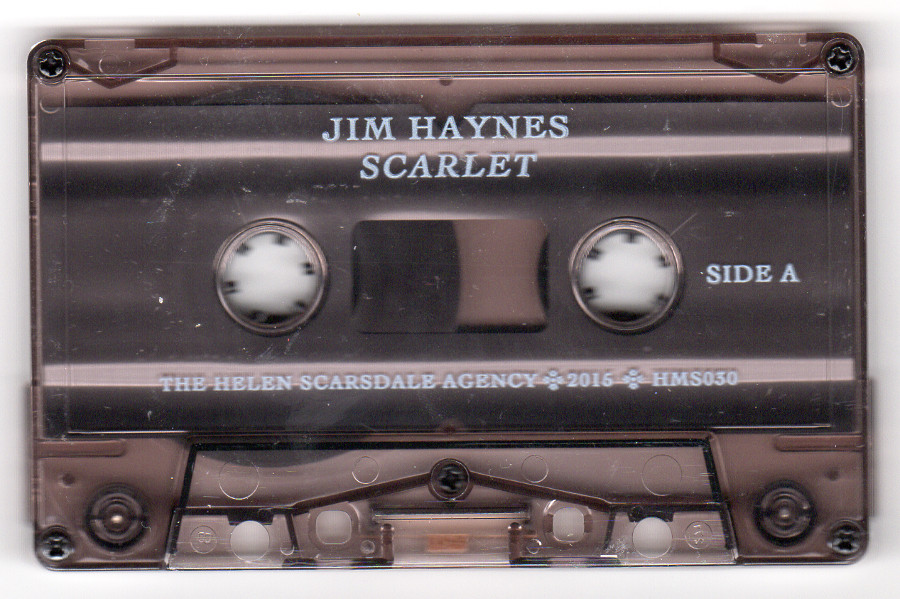 “I’ve made attempts at rhythm in the past,” says Haynes about this release, “but here I throw caution to the wind with numerous variations on the noise-pulse theme.” He describes the results as “jagged and torn electronics” and feels that a cassette release is the best medium for the statements. Fans of John Duncan and Candor Chasma are advised to check in a.s.a.p. to hear this “study in scarlet”…Haynes doesn’t go quite as far as Duncan into the dark, sensory-deprived realms of psychological despair, nor does he seek to spin supernatural yarns like Candor Chasma, but this release is (for me) a clear departure from the more understated and slow-moving material that I am more familiar with. If you want more, there is a ninth recording which exists as a video piece, part of the 18 Films Of Ted Serios project. From February 2015.