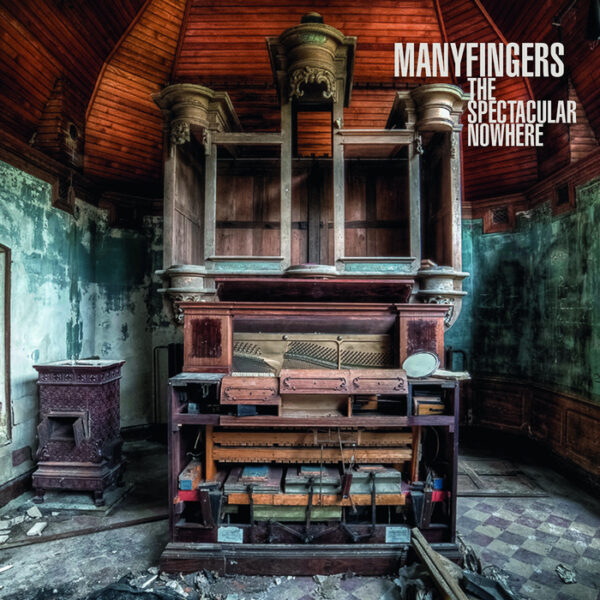 English player Chris Cole used to be a member of Movietone, who in the later 1990s and early 2000s scored some success with their records of lo-fi experimentalism for the Domino label. More recently Cole has been part of the four-piece Numbers Not Names, adding live drumming to their avant-gardish rap music. Now appearing as Manyfingers, Cole gives us an unusual record of his compositional approach to music making on The Spectacular Nowhere (ICI D’AILLEURS / MIND TRAVELS SERIES MT02). Performed mostly by a chamber ensemble of string and woodwind players (I assume, unless it’s all done by some very convincing synclaviers), most of the tunes here are inventive, innovative and quite quirky concoctions, full of unexpected intervals in the melodies and such gorgeous bittersweet clashes of harmonies. The press notes make plain his debt to minimal composers such as Steve Reich and Philip Glass, but I suspect that’s only because he makes use of repetition and arpeggios – while unlike the American school, Manyfingers doesn’t get stuck making a simplistic statement last for over 15 hours, and the compaction, conciseness, and precision of ideas in the composition are exemplary. Maybe that’s what make the record seem so uniquely “English” in some ways. There are also songs, sung presumably by Cole himself with a very honest and unaffected accent; and there’s something slightly ungainly about his delivery which calls attention to the whole production, as though the lyric doesn’t quite seamlessly match with the melody, nor indeed does it key in successfully with the orchestrated backdrops. It kind of calls attention to the artifice of it all, which can leave an odd aftertaste in the mouth, but it is quite original. There’s also some splendid drumming work on ‘Alone In My Bones’, where the drummer (Cole?) likewise is playing almost completely at odds with the string section – the violinists remain wistful and serene, while he would clearly rather be out smashing some windows or riding a motorbike without silencers. Yes, a lot of good stuff on here, for sure. From 5th January 2015.