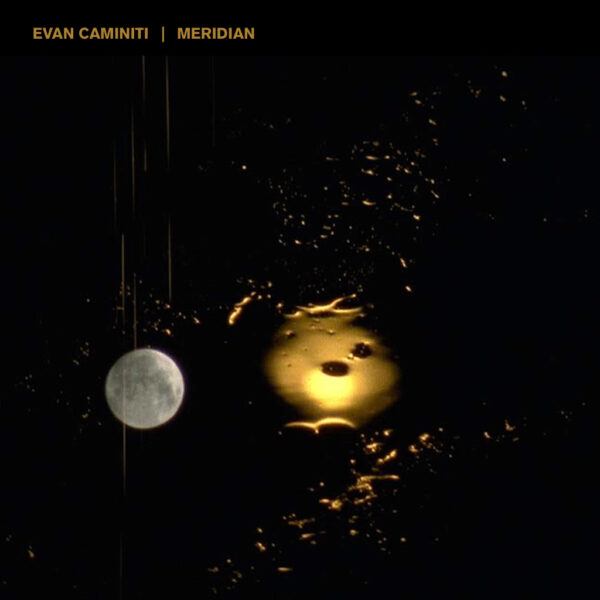 A darkly lush and mysterious collection of electronic soundscapes, all shadowy and frayed around their edges, “Meridian” is the fifth solo excursion by Evan Caminiti, one half of Californian drone-guitar band Barn Owl. Caminiti leaves his strings behind and creates a gorgeous if slightly sinister tapestry of shimmering soundscapes with modular synthesiser, subtle beats and rhythms, and processed field recordings that takes us through a discotheque of exotic revellers and dancers who, while not openly hostile towards us and actually quite tolerant of our presence, might have intentions that could be a little minatory. All tracks have one-word titles that describe states of being or in the process of becoming, or objects that transmit or conduct energy. Indeed the album’s title itself is descriptive of a channel for energy or some other intangible force. We have been warned.

The tracks are very spare and highly immersive: the vast spaces suggested within them hint that beneath their surface there are many layers of shadow tone and texture drifting by. The use of drone, repetition and reverb on various effects encourages awe and a respectful attitude on your part. You cannot rush through this music even if you think the end goal is more important than the journey. In the territory of this gracious, ghostly shadow-world, the life-force unfurls its gifts and glories at its own serene pace. You might wish for definite beats, melodies and motifs, and you might feel lost because the album seems to have no destination in mind but this is one of those recordings where just to be is the issue here.

This is definitely an album where individual tracks need to be heard in full because some of them do develop a definite identity and the energy actually ratchets up as they progress.

Ah, if only all the tracks were a bit longer and were joined up into one continuous sonic dreamworld, we could fall asleep and be gently borne to a beautiful and dark Paradise … but when in due course we return to the real world, we won’t be quite the beings we were before.