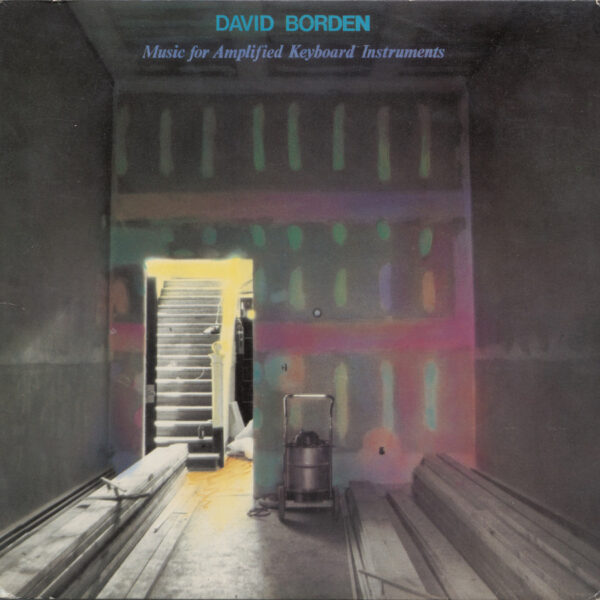 David Borden is a significant figure in the history of electronic music and synthesis in America. In the late 1960s he was the founder of Mother Mallard’s Portable Masterpiece Company, along with Steve Drews and Linda Fisher, who made a couple of albums for Earthquack Recordings in the 1970s; others have described their work as serial minimal music and compared it to Terry Riley and Philip Glass. The band more or less broke up by the mid-1970s, but Borden continued his work, beginning a musical series called “The Continuing Story Of Counterpoint” which saw light on various releases on the Cuneiform label. Spectrum Spools have now compiled some of his music from 1978 and 1980 on Music For Amplified Keyboard Instruments (SP 036CD), subtitled as Places, Times & The Continuing Story Of Counterpoint, credited to the David Borden Music Company, and performed by himself with the help of Paul Epstein and Nurit Tilles.

I might want to mention that Borden was not especially “experimental” from an aural standpoint, and it’s fairly clear he had no interest in exploring unusual sounds or using the Moog, for instance, to generate strange abstract noises. And while he’s keen on the sequencer and repeated patterns of notes, this sedate music is not likely to be mistaken for the paranoid energised sound of Heldon any time soon. Matter of fact the music here is quite melodic, almost classical in its precise execution of well-calibrated tunes and structured rhythms. While it’s not quite as kitsch as the famed Switched-On Bach records, David Borden may share the same interest in near-mathematical composition that informs Bach’s intricate baroque architecture. Considering how hard it is to tame electronic keyboards (especially vintage Moogs) to arrive at the clean results that he gets, I expect that considerable effort has been expended to create these very pleasing counterpoint effects. Borden and his team make it seem easy, as the best artists always do.

Another aspect of interest is Borden’s sleeve notes, from reading which it becomes clear that he knows all there is to know about these 1970s instruments such as the RMI Electra Piano and the Model D MiniMoog, and more to the point is a connoisseur of the nuances of timbre and tone generated by such instruments. He’s even something of a fetishist about details such as pitch and modulation wheels, and you can share some his excitement when he differentiates between “transparent plexiglass” and “white plastic” with the discrimination of a gourmet. Listeners who enjoy these warm analogue sounds will very much enjoy this album. From February 2015.