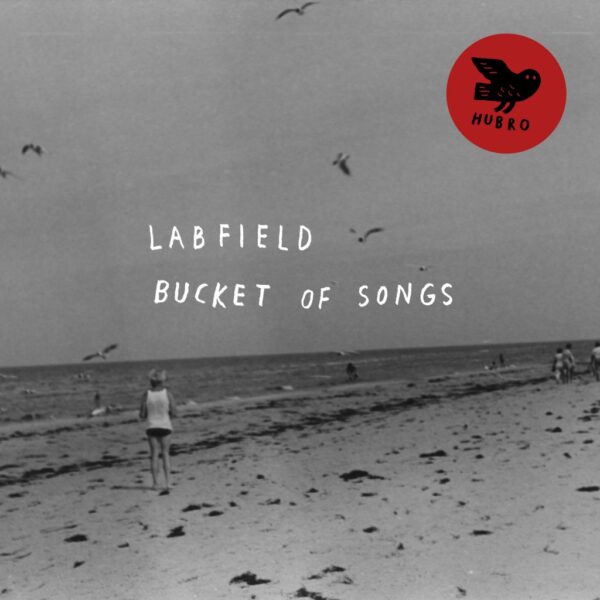 Quite enjoying moments of the third LabField album called Bucket Of Songs (HUBRO MUSIC HUBROCD2543). It’s much less melodic than the music that normally reaches us from these Norwegian Hubro releases, and it doesn’t instantly feel like the band are bidding to get their work used as the soundtrack for an art movie or aiming to update Country & Western steel-guitar instrumentals for the Latte & Cappucino set. Instead the trio of David Stackenäs, Ingar Zach and Giuseppe Ielasi are using their improvising skills to create very dense and ambiguous things which are half-tune, half-texture, with a coating of a third element that’s a tad mysterious and translucent. Perhaps it’s mica. Or ground rock salt. At their best, LabField create the kind of unusual guitar music which I’d always hoped to get from Jim O’Rourke projects starting with Mimir onwards (it hasn’t happened for me yet). The band used to be just the duo of guitarist Stackenäs and percussionist Zach, but now famed producer and musician Ielasi, who has guested on previous releases, is now a permanent member, bringing a second guitar and also a shiny silver box from which emerge unusual and restrained electronic sounds. Mariam Wallentin adds vocals to a few tracks, thankfully not that many, as her fey astringent vocals do nothing at all for me; they carry an aura of phoney drama and weepy emotiveness. Mostly a reflective and melancholic album, although some cuts display a more agitated frame of mind. From 20 February 2015.