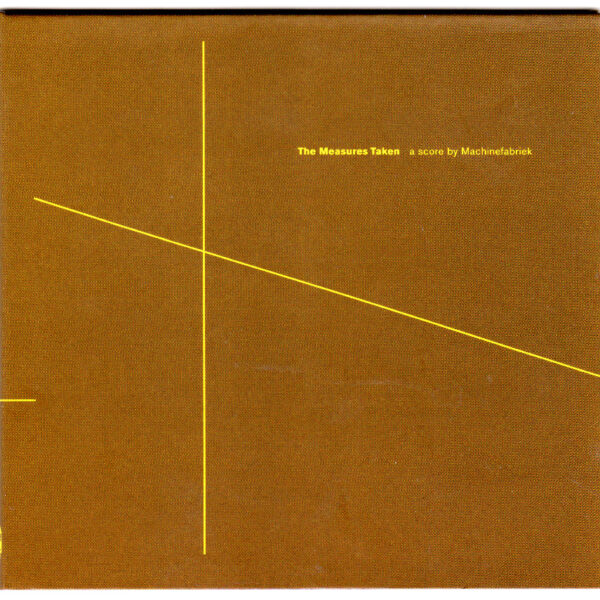 Rutger Zuydervelt was last noted here for a conceptual installation piece called Stay Tuned, but he’s also familiar with composing music for dance pieces, such as Alix Eynaudi and Kris Verdonck’s EXIT, and Hide And Seek by Ivan Pérez. The Measures Taken (ZOHARUM ZOHAR 091-2) is also a dance composition for a piece of choreography by Alexander Whitley, with visual input from those designers who also run a sweet-shop and operate high-powered light beams in their parlour, Marshmallow Laser Feast. Apparently those lucky enough to see the performance (debuting at the EXIT Festival in France before coming to the Royal Opera House) would have seen a fascinating juncture of human bodies with projected visuals, stressing something about the man-machine interface (always a popular trope), and images from this event easily findable online suggest a kind of minimalist update on The Lamb Lies Down on Broadway with its blue lighting effects, with dancers attempting to arrange their bodies into geometric configurations like the famous Leonardo da Vinci image. Performing here under his Machinefabriek alias, Zuydervelt produces music that’s much warmer and more eventful than I usually associate with this prolific post-Industrial sound-field ambientster, plus there are enough pulsating mechanical rhythms throughout the whole record to keep a 1980s-styled disco android happy for years – providing said robot isn’t expecting to exert itself very much. The six-panel digipak of this one unfold to reveal a series of yellow and brown lines much like a semi-psychedelic barcode going a little crazy, and while it might be plausible to read this as the graphic score used by Machinefabriek, in fact it’s a design based on the projections concocted by Marshmallow Laser Feast. From February 2015.