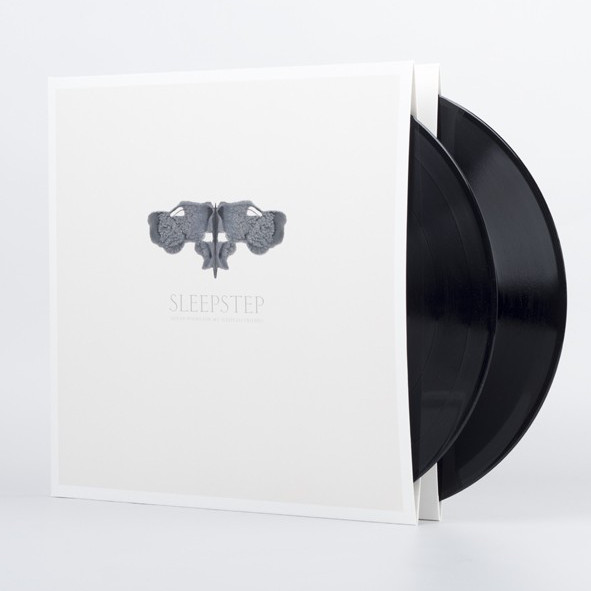 Dasha Rush is a Russian DJ and techno producer who’s quite a name on what I suppose to be an international club “scene” and since 2004 has released a sizeable number of singles and the odd album for her own label Fullpanda Records, and the label Hunger To Create. But she’s also keen to showcase her experimental bent, which she does very convincingly on Sleepstep (RASTER-NOTON R-N 158), an album subtitled “Sonar Poems for my sleepless friends”. Since I’m personally drawn to almost any music (or artwork, or film) which explores the tropes of sleep, dreaming, somnambulism, oneiric conditions and trance states, my interest was immediately piqued by this slice of ambient-experimental minimalism. Dasha Rush uses all her techniques extremely sparingly and carefully, yet they yield maximum results – simple melodies, stripped-down patterns, spacey beats, dub echo effects…nothing is overstated…almost instantly, the sleeper is captured into a vivid, compelling dream-world, but unlike a Surrealist landscape which might be crowded out with Freudian symbols and mysterious incongruous imagery, Sleepstep is a strange and bare world of digital patterns, clean colours and mathematical shapes whose meaning is obscure. The album is almost entirely instrumental apart from a breathy vocal introduction which ushers into the portals of sleep, a track called ‘Dance With Edgar Poe’, an apt choice – who better among the historical writers of mysterious gothic tales to help frame this somnambulistic stroll through a shrouded world of dreams. Much to recommend in the stark simplicity of this release, and the clarity of Dasha Rush’s ideas; she is proud of what she calls her “stubborn and independent” streak and often wishes to place some distance between her work and the conventions of the overcrowded and competitive techno genre. Recommended to fans of Kraftwerk, Suicide, Techno Animal…from March 2015.