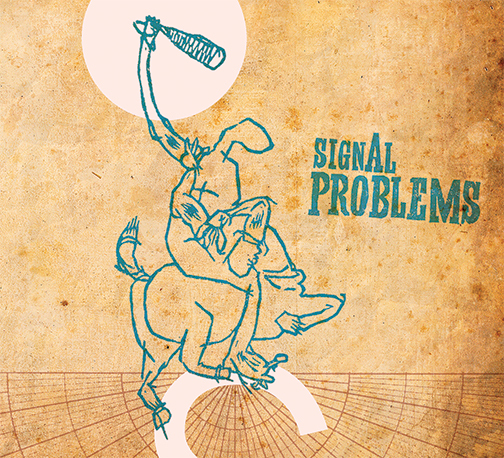 Enthusiastic tuneful jazz-coloured pièces unfold like narratives : that’s how this record opens. Interlacing instruments, the tunes develop without any blur. As for the graphic statement of the sleeve itself, both the « songs » and the respective instrumental parts allow the said narratives to bloom freely, devoid of any disturbance : clarity rules here. Another remarkable feature : the relative brevity of each piece (max. 9:28). The rhythm section builds its foundations and run on, while both reed and mouthpiece tell the tale. As it is, it makes for a steady collection of short stories. Nor extra-ingredient, neither superfluous development. Yet, adventure characterizes the hence-produced music ! But : tensions are in full control, whipped or sustained by an elastic bass work, combined with a sparse and efficient drum work. The quartet operates like a squad, a cool but alert commando : attack/ retreat.

Each voice finds its place, sounds pertinent, flawless and in absolute connexion with the other(s).

An exercise in achievement through clarity. 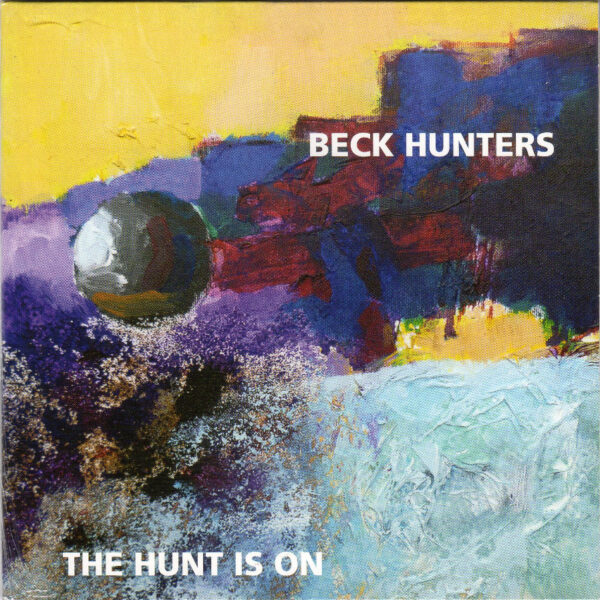 Whereas the BECK-HUNTER compound explores, digs down interrogation itself, « suspended disbeliefs », cautiously, before insisting on repetitive probings into the heart of some explosive find (hydrocarbure ?) here do we face the possibility of a climax at some point in the explorative process, an escalade, a crescendo (empiric-style). Although we may tread here in familiar idiomatic waters, the dynamics embody both breaks and discrete units, as to never really letting things slip out into self-destruction. Whereas it may sound like troubled water, yet there’s still no mud in the brew : the « questioning » probes within bubbles, rebel territories. there’s a sense of stalking, of ambush, in here : effectively, a hunt is on. Sometimes, strings and horn confront, while the drums seem to play the referee. Yet one could object that the confrontations don’t always display brevity; everyone to himself ? Or stalking together ? The aforementioned interrogations could lie herein. Of course, no answer. And effectively, when a climax is reached, it is sustained into probing a very pointed object deep into the heart of a howling animal, which keeps agonizing with bravado, despair and pain.

Tension builds up throughout the whole record :from start to end, and in that sense, fulfill the object’s title. A very dynamic action piece of a record, is what it is. Conveniently or oddly enough, each track has its intention note on the sleeve, which of course is worth being read after a good listening. 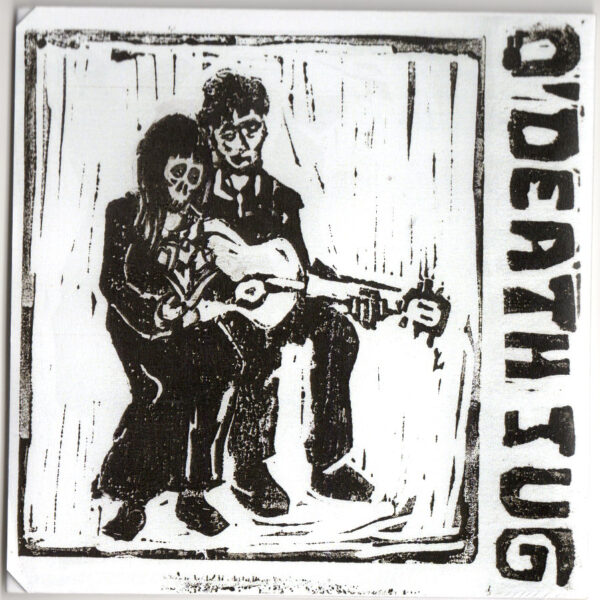 Idioms roll on, so far. The guitar duo drips on an eastern stringed blues that echoes a former sound work (Shinjuku blues), a post-Japanese residency effort from Michel Henritzi. The dripping, sliding, plucking and bending, circled by arpeggios (slightly altering the course) tell the same dusty story, again. Dust wind blows, tumbleweed is brushed away : the notes and chords bounce and reverberate, and feed harmonies back into the sabbath; skeletal loops join in, while a lap-steel storm breaks > atonal waves of chords explode, bell-like, then decrease… The space considered for exploration is quite horizontal, focusing or residing on specific parts of the instrument’s neck, as a given territory. The results are so transfixed in a blinding light (white heat) that mirages happen : static and mobile overlap, everything moving as it remains stuck, like a slow eternal return. A focal point, a dust implosion in slow-motion, this music sounds like its distant cousin of the west : always the same, always different (& evolving) No melody carries it anywhere : rather an inward collapsing, a dusty set of starving ragas unfolding, over and over. Perpetual motion. Both instrumentalists remain seated, it goes without saying. The linocut sleeve is flirting with Posada-like imagery, day of the dead and all, a rough, sad and innocent display. Unwinding music, like a torn cloth in the desert wind.