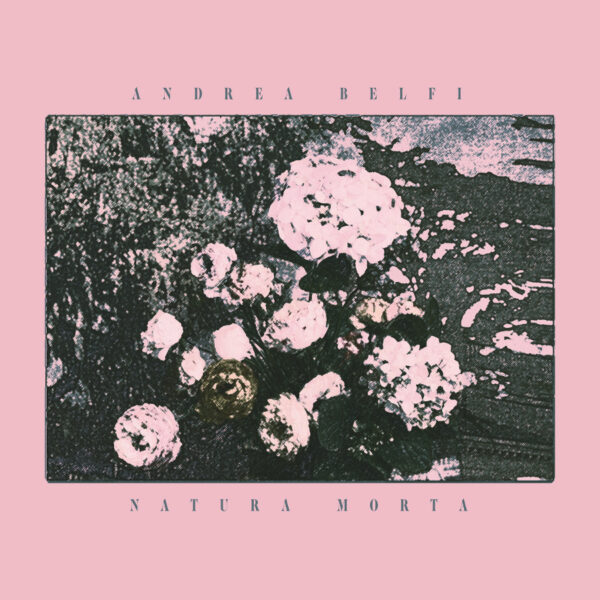 Entering this record, we sign an agreement. An austere ritual-like ouverture generously awaits us, hustling the visitor in through a corridor of percussive marching music; steady pace. Then, drops of static vibrations echo and bounce around : this first chamber slowly unveils from the dark blue void. There’s a slow revelation, seeping throughout the successive chambers, a progressive and meticulous dis/covering. Irate synth frequencies feed back around the dim-lit space (well, actually, it’s precisely the permanence of those synth waves that convey the track its singular, hem, spacey touch).

Andrea Belfi, after all, speaks his language of percussions and synths, but also microphones, objects, machines maybe, air… An instrumentarium limited only by the listener’s imagination.

There’s an insistant determination to reveal, to show, with a minute growing obsession for details.

Composer Belfi manages to describe picture through moody space volumes, sculpted with a tense richness. Waves of sounds enlarge, then shorten the breathing rooms thus explored (you mean, the rooms are breathing ?). Visitors have to commit, to find their way across the room, not just pass them by.

Droning permanence (as the only safe handle to grab), worries, happenings are the stations paving the way. Not even drumroll can secure you. The sonic language he uses takes you somewhere, whereas it could just indulge in « playing » something; here, it coalesces into form, a sensitive image to experience, which can be considered an asset, coming from organized sounds encoded in plastic.

Luckily, the funerary imagery does not even begin to betray any of the substance contained. What’s this ? It’s a field recording. You sure ? Yes, I am, but I also want to locate this place upon the map, then I’ll check about information. History. Land.

The interesting angle lies in that it’s the intruder’s presence that makes the place sound. Makes it come to (hearing) life. Amazingly, at some point, a curiosity engine sneaks into the picture, as if to paying a routine visit, then soon leaves, as some frantic human activity occur in the foreground. Apparently, the patrol-boat didn’t see what we can hear (from the other side of the speaker). Unsure if we should rejoice, let’s push the exploration further on. Wetness again, more walk, magnified snippets of soles crushing soil, but there’s no finding the goddam treasure.

Is the pain-drenched place (check out for full historical data of the island) playing tricks on our sanity ? Are we going in circles ? We’ve been here before, look at your own tracks there ! Or have we ? (no one is sure, let’s climb aboard and sail to the southern coast of the island, providing we can trust this instrument).