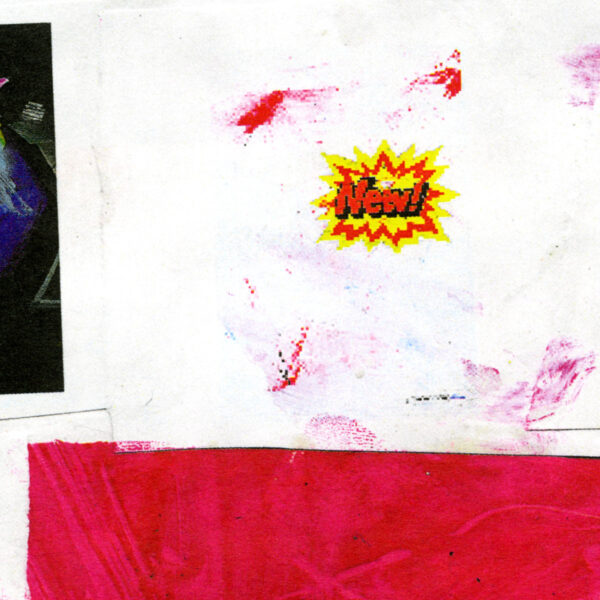 The great Finn Anton Nikkilä noted by us very recently with his Modern Feelings quartet now returns with a solo cassette tape New Adult Contemporary (GUGGENHAVN ARCHIVE GGG-013), compiled from 2007-2010 recordings. It’s another blast of disaffected and unsettling noise, where traces of electronic keyboards, drum machines, and other elements are barely discernible in the distressed mix. On the surface, the unwary listener may be tempted to think we’re getting an entertaining dose of dance music or slightly unusual techno, but this impression lasts only a few minutes before the trap is sprung, and we’re spiralling downwards into a pessimistic vision of contemporary despair.

As ever with Nikkilä, the precision and care with which he plans and executes each discordant moment is remarkable, and each piece gradually goes crazy in a highly cerebral and non-hysterical manner, with mismatched beats, rhythms that make no sense, overdubs that don’t align as expected – in short, a significant amount of musical information is thrown at the listener in single dense wodges, and we must work hard to decode the competing strands. While the monochromatic electronic sound may be a tad flat, dreary and artificial, the dynamic effects are intensely exciting and satisfying. Nikkilä may be able to reinvent dub mixing on his own peculiar terms.

He does all the above in the service of a series of abstracted but powerful attacks on modern thinking, and New Adult Contemporary represents another chapter in his Jean-Luc Godardian critique of the 21st century. Titles such as ‘Alienation FX’ and ‘Midlife Crisis’ confirm the gloomier aspects of his quest, while ‘Media and Marketing’ identifies one of the primary causes of this alienation, a theme ably supported by Alexandre Bellenger’s cover image, taken from a publication titled My Precious Trash, and featuring a forlorn and degraded advertising slogan desperately squeaking out the word “New!” in the middle of an uncaring blank-white field smeared with red ink.

Since penning the above, I learned this release was assembled from samples of “smooth jazz” music, a genre of background easy-listening Muzak which has thankfully not blighted my ears too often, but I can only imagine how life-sapping it must be to endure. When Nikkilä became aware of the sale of this music (which he despises) as commercially-available separate tracks for use in commercial settings, he leaped at the chance to apply them to this radical remix-remake project. So radical in fact that it involved a near-total effacing of the original sounds, in favour of leaving behind a skeleton of rhythms without any of the cloying saccharine; he calls this process “scrubbing” the audio. In his mind, he’s clear this action is a direct swipe at everything he can’t abide about modern consumerist culture, particularly the self-assurance and unearned sense of entitlement it confers on the shopper. To reinforce this and the points made above, it’s telling that he began his work around the time of the global economic crisis which continues to choke and paralyse the world, a Black Death for our times. From April 2015, another essential document from this highly intelligent and innovative musician.