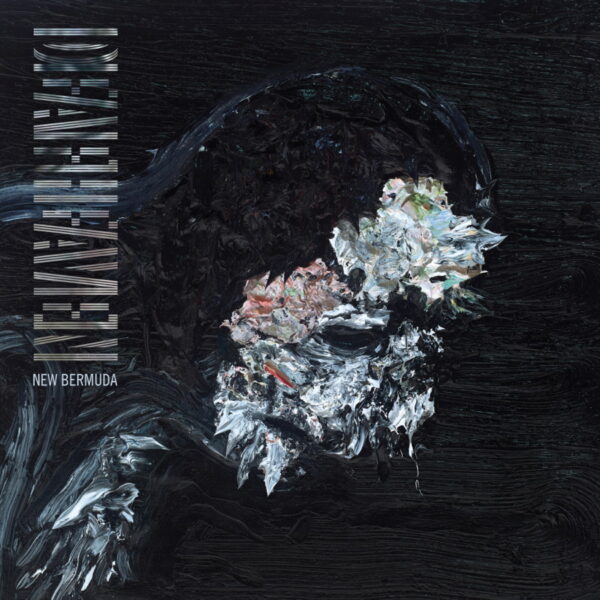 I’m completely unfamiliar with previous Deafheaven recordings like “Sunbather” so I come to this third album of DFHVN’s as an innocent. Perhaps it’s not a bad idea either that I start my association with DFHVN’s music with “New Bermuda” as this is the band’s first recording as a quintet revolving around the core duo of George Clarke and Kerry McCoy. “New Bermuda” is a personal document of Clarke’s feelings and moods in the period after the release of “Sunbather”, how that recording changed his life (and not always for the better) and how he struggled to cope with the rapid changes and upheavals that sudden attention brought him and McCoy.

DFVHN’s style is a great blend of tough, steely and aggressive black metal, thrash and indiepop shoegaze. The balance varies from track to track with the result that the music ranges from straight-out BM to emotional shimmer-guitar melancholy and back again with surprisingly smooth (though sometimes sudden) transitions. When done very well (as on middle track “Baby Blue”), such transitions push the music to epic heights of intense emotional drama. Intro track “Brought to the Water” is a good example of DFVHN’s post-BM / shoegaze fusion: it starts off as sharp and raw hostile BM and morphs into bright summery tremolo guitar beauty and what seems like a mood of hope and optimism – until you read the lyrics and realise this song is actually a calm plateau of stability perched unsteadily on the edge of blackness and chaos.

Did I mention “chaos”? Well that’s exactly where we fall into with succeeding tracks like “Luna”, with the music to match. The vocals increasingly are the real BM deal, sometimes the only deal on some tracks: they’re screaming-across-the-board raspy and demonic, while riffs and rhythms dive right into a mix of blast-beat frenzy, post-BM, crunchy slabs of Metallica-style riffing, shrieking lead guitar siren and dreamy introspective trance melody wonder. With each succeeding song, the music continues to push through greater trials of dark depression and hopelessness, and ever more intense and hard-driving sound structures, into the final track “Gifts for the Earth” which is a calm acceptance of one’s fate in a swirl of bright and sharp energy, vistas of light stretching far into the distance, melancholy piano and roaring wraith voices.

Out of the storms and the afflictions of life, with all its anxieties and struggles, comes music of tremendous power, beauty and majesty. The incredible thing is that the DFHVN guys play the songs almost effortlessly, as if writing and recording music of personal angst, self-doubt and loss of hope was second nature for them. The songs’ lyrics follow a narrative starting with uncertainty and then falling into a downward spiral that seems it was predestined, so organic is the music as it unfolds.

Some listeners might find the lyrics and the music in most songs don’t match well: the saddest words seem to accompany the happiest, most uplifting tunes, depending on how they interpret the lyrics. The weakest weapon in DFHVN’s arsenal is Clarke’s thin vocals which are going to need development or buttressing with a second vocalist on future recordings to match the heights the music is capable of achieving, if the band is inclined to strive for bridging the divide between the alternative mainstream and underground BM. That is a very tempting prospect as the band’s music has the potential to determine a new standard of fusion metal.