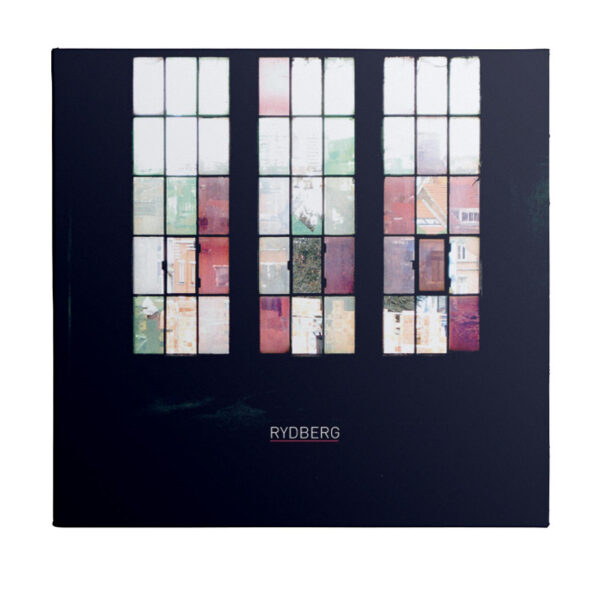 Is there an award for Best Dressed Electronica Producers Of The Year? If so, the chaps behind Rydberg must be in with a chance of carrying off the prize. There they are, on the inside cover of their album, strolling through a market place looking very dapper in their charcoal-grey and tan summer weight suits, with matching shirts and appropriate shoes. But, since this is The Sound Projector and not GQ, let us turn our attention to the music.

What we have here, then, are three tracks of ambient techno/electronica from Nicholas Bussman (sampler/electronics) and Werner Dafeldecker (electronics/function generator). Herr Dafeldecker gets around a bit – I’ve encountered him before in my review pile, adventuring in Antarctica with Lawrence English and living the fuzzed-up Mitteleuropan Beach Boys dream with Fennesz. He’s clearly a restless and inventive musical spirit, assuming it’s the same guy and I’m not making a total idiot of myself.

The name Rydberg, incidentally, may refer to the Swedish physicist Johannes Rydberg, who identified a universal constant relating to the spectral wavelengths of chemical elements. I have absolutely no idea what that even means, but Rydberg, the band, are certainly devoted to the constant and the spectral (in the esoteric sense).

The album opens with “Elevator”, a 19 minute behemoth that seems monolithic until you listen to it again, when you realise it’s full of odd details. The track is built on a deep, dark pulse, the sound of a mourning bell echoing up from the subterranean cathedrals of a lost Hollow Earth civilisation. The pulse resounds around your skull, gradually fading away as it intertwines with drones, edge-of-awareness synth decoration and beats that are as slow and as heavy and as final as atomic blast doors being shut on humanity’s last fallout shelter. Elevators go down as well as up, of course, and this one is definitely headed way, way below basement level.

After that, “Gardening” comes as something of a light relief, with its hints of melody and industrial beats. That’s “industrial” as the blast furnace workers of the 18th century would have understood it, the heavy sound of vibrating pig iron and steam. This track features a sample that I took to be some sort of ancient gut-string fiddle at first, but which may very well be a wind instrument playing a mesolithic jazz riff. I’d love to know what it actually is.

The final track is as close as the album gets to a floor-filler, built as it is on a relentless hi-hat loop. But even this eventually dissolves in a powerful solvent of static and squelch, leaving behing a drone that sounds as if it might just hang there forever, until it suddenly stops.

Three tracks, job done. This is immaculately tailored music in every sense.