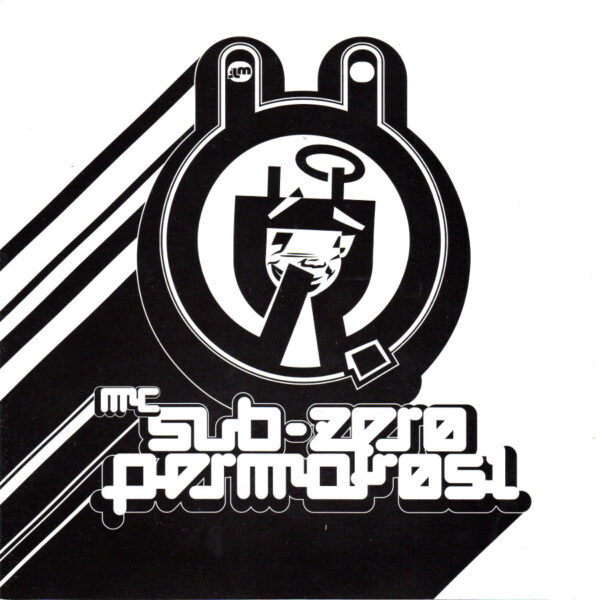 The bizarre single by LYDSOD is one we received at same time as the Flaming Fire double LP, I seem to recall, thus dating its reception August 2014. LYDSOD appears to be a Flaming Fire side project featuring main-man Patrick Hambrecht playing the sampler, along with their drummer JZ Barrell, guitarist Zach Layton (from Darmstadt) and guest brass players Sebastian Isler and Joe Tuba, here creating their characteristic joyous, Dynosian, clotted rich rock brew with abandon and zeal. The secret weapon is guest rapper MC Sub-Zero Permafrost, an exceptionally talented mouth-artiste from the Bay Area who looks fantastic when performing in her sexy skin-tight green outfit (female version of The Riddler meets a Leopard-woman) and who just oozes sassiness and confidence with every syllable. The combination of rap, beats and trombone on ‘My Brass Instrument’ (LYD-002) is devastating enough, but the flip ‘Angel Of Krunk’ may just scoop the prize, provided the catch of the day is awarded to the most well-dressed reinvention of Funkadelic. This warpoid, nightmarish episode emerges as a sort of Dada-James Brown filtered through DJ Spooky’s illbient headphones, with all concert lasers flashing in the enemy’s eyes. Permafrost is now turned inside out by a lethal combination of mind-altering drugs, and her exquisite gibberish is by turns hilarious, terrifying, and just plain bonkers. A confusing array of dates on the cover – 1993, 1998, 2012 and 2013? Some of these may just be asserting copyright on logos, but it adds to the general sense of bewilderment. Gorgeous cover in sold blacks and whites, even though the music is full-Technicolor psychotropics. We’ve heard Permafrost before briefly, through her association with Spanish beats-electronica fellow Filastine on his 2006 Burn It, and they have also performed together at Sonar in Barcelona.