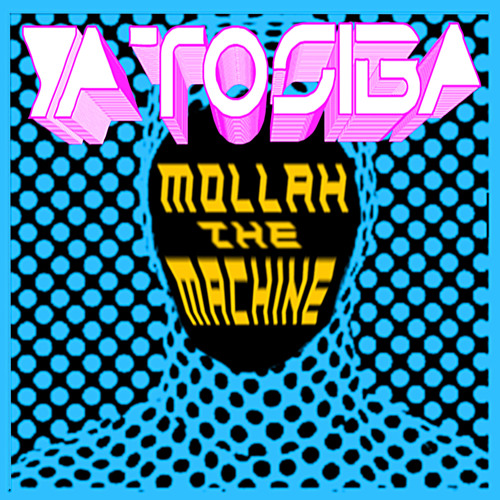 Not much to say about the single Mollah The Machine (PINGIPUNG 45 / HAFENSCHLAMM REKORDS HR095) by Ya Tosiba; competent enough minimal techno-blip-beat music played very cleanly by Mesak, and ethnic rap provided by DJ Zuzu. Mesak runs the Harmonia label in Finland, and is credited as one of the pioneers of Skweee music, a sub-genre of Scandinavian Techno dating from around 2008 whose distinctive characteristics I am completely unable to define for you. Zuzu (a.k.a. Ya Tosiba) plugs into a longer history, because she raps in the Meykhana tradition from Azerbaijan, which is said to have its origins in poetry and literature from the 1920s onwards. I’m fascinated to learn that it’s regarded as a national form of rap music in Azerbaijan, fitting in perfectly to a modern culture of hip-hop beats and electronic music, and there are even televised tournaments which emphasise the competitive elements of it (the performer must invent rhymes on the spot, or lose face). This single from 12 September 2014 was a big seller in Berlin (where the duo are based), so for 2015 it’s been reissued along with remixes by RSS Disco, Candie Hank and Schlammpeitziger.