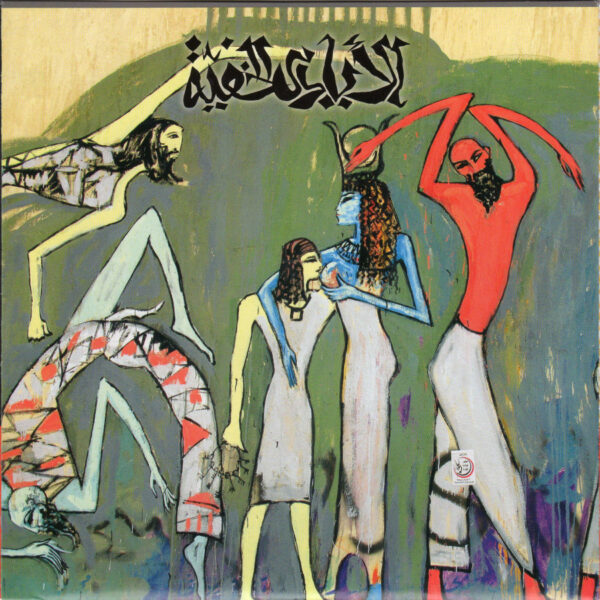 Companion 45 single (ABDUCTION ABDT051) for your Invisible Hands album, the full-length platter Alan Bishop made in Cairo from 2013, with matching Alaa Awad cover art. ‘Insect Dilemma / Disallowed’ is presumably from the same sessions, and features the menacing vocals of Alan performing as Alvarius B. with a backdrop of Egyptian garage surf guitar music. Live recording, no overdubs; most musicians can only dream of forming a band with this degree of razor-sharp confidence and back-street criminal swagger. When it comes to Sun City Girls, a lot of listeners have fond memories of Charles Gocher’s stream-of-nastiness vocal contributions, mainly because they were so outrageous and nightmarish; but Alan Bishop has his own strategy for how to threaten the listener in song, with implied threats and hidden barbs lurking in every syllable of his frowny tones. On the B-side ‘Lili Twil’ the vocal department is led by Aya Mahmoud Hemeida, an Egyptian actress and vocalist who may be better known for her movie career than her musical prowess; on this slightly twisted minor-key ballad she turns in a flawless performance, facing squarely up to the inexorable forces of fate even as she stares her doom in the face. Just as much steel and iron in her voice as Alan Bishop’s, but more compassion too. This song is a cover version of a 1973 single by Younès Mégri, which was also covered by Boney M. – strange but true. From 22 March 2013.