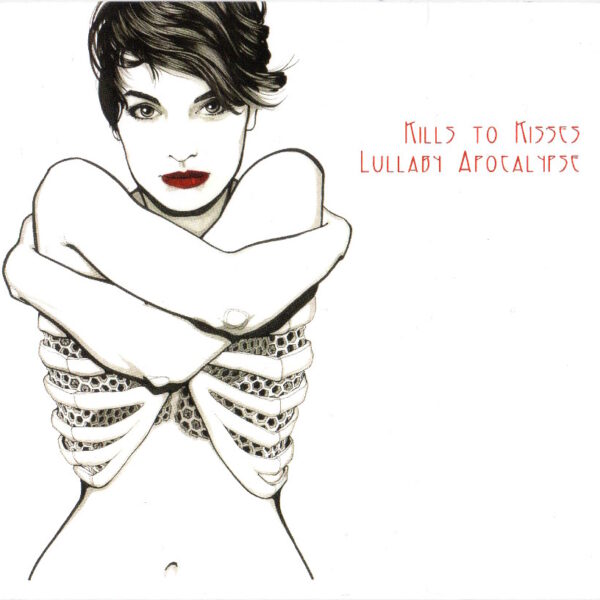 Impressive debut album of taut songs by Kills To Kisses, which is mostly the New York-based performer Lisa Dowling. Many of the tracks on Lullaby Apocalypse (GOLD BOLUS RECORDINGS GBR015) are built around her obvious facility with the double bass and loop pedal, an act which she’s done on the stages of New York City, and the basic rhythmic structures she builds this way are fleshed out here with electronics, synth, piano and guest drumming from Owen Weaver. Plus Lisa’s vocals, of course. A brittle, mannered, and deliciously poised alto vocal which hits each note with the accuracy of a knife-thrower at the circus, while still remaining as sweet as a dollop of molasses served from her downstairs kitchen. Also find much to enjoy in the simple, uncluttered arrangements; it’s like a form of minimal electronica-pop with acoustic elements and avant-garde leanings (Steve Reich recast as a member of Erasure). Lyrics are good, too; one moment stream of consciousness babbling and endless repetitions of nonsense, the next highly precise and carefully constructed observations of the strange follies and foibles of the human race. She likes Sylvia Plath, and the Brianna Reagan illustrations abound with bees whose bodies are cellos, while portraying Lisa exposing her own exoskeleton and lungs in a way that makes her torso look like a large microphone. From 6th May 2015. 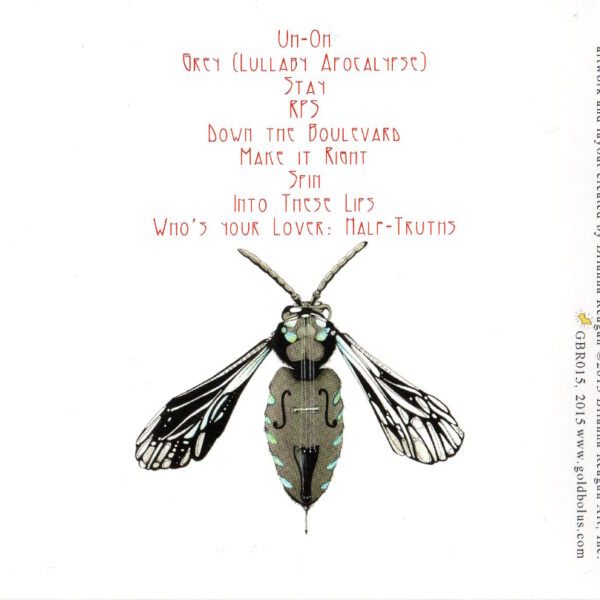