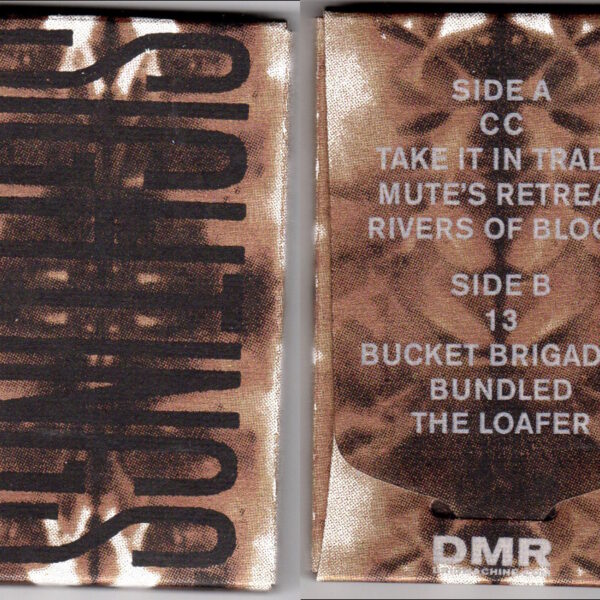 Seems like an age since we’ve heard from Sightings, the abrasive New York noise-rock-attack trio whose roaring onslaughts have always impressed us, and in fact it’s been over ten years now since their short-lived flirtation with Load Records (where they were label mates with the spectacular but more commercially viable Lightning Bolt), a time when Wolf Eyes were on Sub Pop and it looked like the world was improving for the better, assuming that you count the general spread of repellent avant-garde electronic noise as a giant leap for mankind. The threesome of Mark Morgan, Richard Hoffman and Jon Lockie are, as many muso journalists delight in reminding us, effectively a guitar-bass-drums trio, but anyone expecting the slightest resemblance to Cream or Led Zeppelin will be horrified to hear how Sightings subvert this traditional “classic rock” set-up in the production of broken, lumpy, ungainly, ugly non-music which stumbles forward like a wounded cavalry horse on mangled legs directed by the agonised howls of its rider.

It’s fair to say this band have weathered well over time, where lesser pretenders like Mouthus, Axolotl and Jesus With Me have already dropped out of sight. The guitar work here is especially gruesome, mostly metallic scraping and extreme destructive gut-wrenching actions more suited to the scrapyard than the performing stage. Now that I think it, this band are a perfect fit for the lovely Drid Machine tape label operating out of Stavanger, which is home to Noxagt (the Norwegian Sonic Youth, as they’re often called by no music fan ever), Ultralyd, and Horacio Pollard. Without hesitation then I recommend this live tape Stavanger 30.4.2013 (DRID MACHINE RECORDS DMR21) to any demented and disaffected listener in need of a fix of depressingly nasty music…this particular drug-cocktail comprises equal parts of sulphuric acid, toxic waste, and caustic soda, and when taken intravenously will either make you feel like a new man, or else wish you’d never been born. With those odds, who can resist? Many thanks to Kjetil for sending this…arrived 20 May 2015.