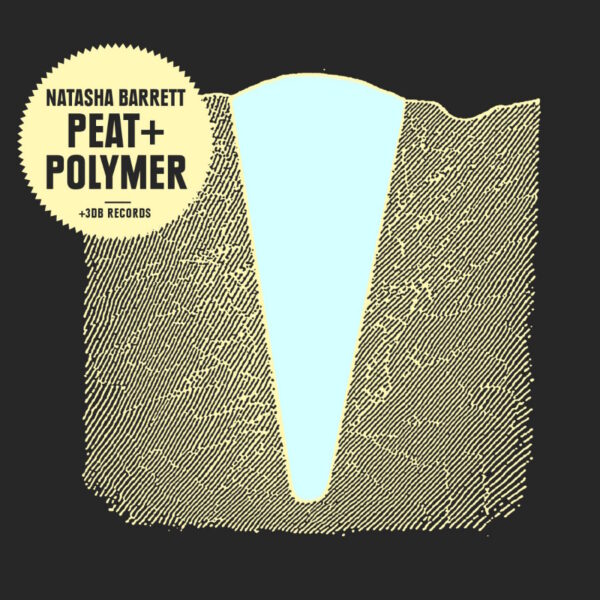 Natasha Barrett is a prolific British composer based in Norway. Her first compositions date from 1994. In 1998 she was given a grant from the Research Council of Norway which gave her the opportunity to work as resident composer at the Norwegian Network for Technology, Acoustics and Music in the city of Oslo, where she has been resident ever since. Of her approach, she says: “I’m interested in listeners hearing and feeling music and art through sound and temporal structure, rather than them needing to understand the complexity of my techniques”, and admits that “…computer and digital technologies are my core tools…”. Indeed, on Peat + Polymer, it appears that she uses software extensively to realise her ideas. Peat and Polymer are separate albums on separate discs, but should be considered two halves of one whole piece, it seems. They both are created using different approaches; Polymer uses the performances of musicians to realise the music, while Peat employs field recordings extensively. Unlike UK-based contemporaries working with similar strategies as those employed on Polymer (Iris Garrelfs or Blanca Regina come to mind), she does not perform herself; the voice we hear is Evdokija Danajloska, Gilles Durot provides percussion and Tanja Örning, cello.

The extensive editing and processing on ‘Hidden Values I-III’ results in a glossolalic miasma. Chirping voices dissolve into finetooth synthesis. What initially appears to be a passage of silence at the end of ‘Hidden Values I’ in fact transpires to be very quiet digital crackling when I turn the volume up. Nightmarish synth textures and replicant mutant gamelan blur the edges of sanity on ‘Hidden Values II’ – surely a candidate for the soundtrack of a body-horror movie? Danajloska’s almost under-duress vocals do nothing to lift the atmosphere of menace. This ends with outside voices laughing. ‘Hidden Values III’ is made up of processed vocal teamed with orchestral percussion and some curious electronic sounds, possibly derived from mixing console feedback. Disoriented and disorientating. The combination of elements becomes increasingly spread out; spatially processed into a 3D soundworld to good effect.

The components that make up ‘Kernel Expansion I-III’ are more disparate. Barrett successfully creates the feeling of a malevolent dark space throwing things right at you. ‘Kernal Expansion I’ could be the sound of being inside a tornado along with all the pieces of houses and objects it has picked up along the way smashing into each other. ‘II’ and ‘III’ are a little more exploratory yet still based around objects activating other objects, but somehow lacking the apocalyptic feel of ‘I’.

‘Reality And Secrets No. 2, I-III’ is like entering another, even more brutal, and downright frightening world. Again, the music has the feel of a horror or sci-fi movie; perhaps an illustration of Ripley’s dreams/nightmares on her return journey in stasis on the Nostromo. In ‘II’ Barrett employs field recordings of excited screams which in reality could be from a benign source like her local park or skating rink or swimming pool, but in Barrett’s hands become cold and unnerving. ‘Untitled One’ employs bell-like synthesis, leaving gaping holes in the cosmos while your own nervous system powers down.

Moving on to the second disc, Barrett describes the material on Peat as “…dramas unfolding in fictional spaces…”. For me, this is the more engaging of the two discs, if only because of my own interest in field recordings. The pieces are technically well-recorded; personally, I’m a fan of a bit of scuzz and a bit of lo-fi sensibility in field recording, but I’m not sure Natasha Barrett shares my enthusiasm – the production here is crisp and clear at all times. Quite how they are meant to work together, if that is the intention, I’m still not too sure, but in terms of the materials they are constructed from, they do complement each other pretty well. Despite it being presented as four pieces on the sleeve, it appears if the nine tracks my cd player is telling me are there; track one is ‘Oslo Sound Space Transport System: Route no. 1.’, tracks 2 to 7 are ‘Sound Exposure In Peru’, track 8 is ‘A Soundwalk Through Shanghai’ and track 9 is ‘Untitled Two’.

‘Oslo Sound Space Transport System: Route no. 1’ is crisply recorded with high end equipment, an assemblage of interesting sounds, some ambient, some from activities around the location, audience reactions, or rather passersby; in all a really beautiful arrangement of different elements. ‘Sound Exposure In Peru’ is environmental sounds of a more rural persuasion, while ‘A Soundwalk Through Shanghai’ delivers what you might expect from the title; a collection of traffic, overheard conversation, song – some sounds are unrecognisable however, a high pitched noise that stops abruptly, perhaps a piece of equipment in someone’s home? Untitled Two starts with slightly alarming bee sounds – pretty loud, like you are actually being dive-bombed by angry insects, before going on to document a sunny afternoon in a semi-rural garden. Light aircraft pass overhead, there’s snatches of conversation, birdsong, outdoor swimmers… When compared to ‘Untitled One’ from the Polymer disc, they seem to share a mood, despite the disparate means of their production. Barrett’s style is extremely technical, but accessible with it. She has a light touch when it comes to the sonic material she works with, but creates quite powerful experiences for the listener.