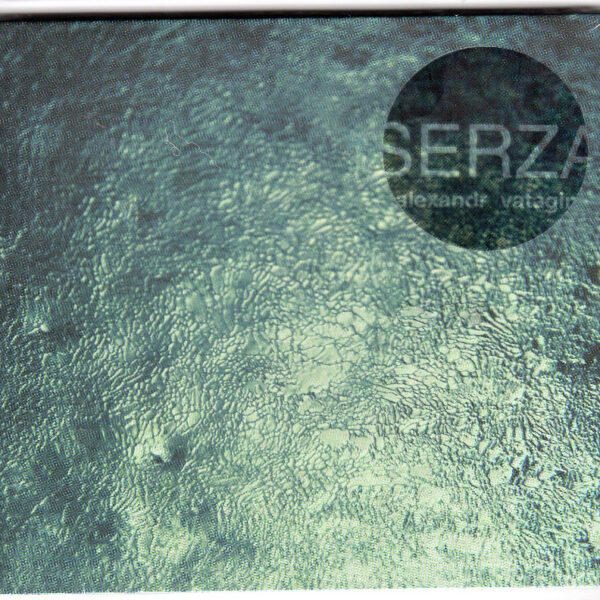 Superior music in the electronica-ambient mode from Alexandr Vatagin on his Serza (VALEOT RECORDS valeot15) album, his second release for this label since 2008’s Shards. Vatagin himself is known as a bass player, cellist and electronics player, but he doesn’t appear to play any of the instruments here, acting more as a supervising maestro who presumably composed or directed the pieces, and did the final mixes. The star players here include Martin Siewert, the superb guitar player I’ve often associated with Martin Brandlmayr, and a musician who continues to develop his unique restrained and understated approach to the instrument which he’s been doing for at least 15 years. His syrupy half-drone sustained tones are a perfect fit for whatever Vatagin has in mind on these ambiguous moody tone poems. Other guest players on electronics, percussion, and piano flesh out the textures on these loosely-delineated patches of turf, and mostly they submit to having their source sounds blurred, smoothened, and lightly processed under Vatagin’s magic mixing board. End results are far from unpleasant, even if Vatagin’s ambitions don’t go beyond realising a compelling surface with not much underneath it. The vaguely wistful, longing emotions make this a sort of 21st-century lounge jazz album for today’s over-intellectual, ironic set. Released in 2013.