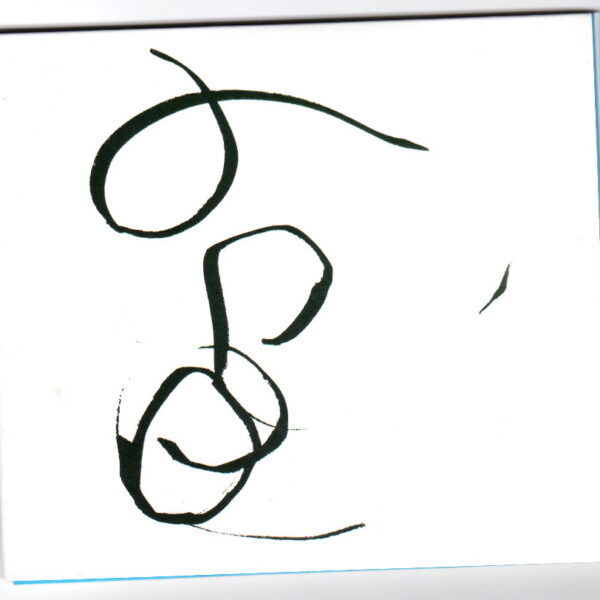 Loopy Belgian genius vocalist Catherine Jauniaux has a distinguished career, and may be known to you as a member of The Hat Shoes, but she’s also worked with Tim Hodgkinson, Bill Gilonis, and Mick Hobbs, associations which may help you situate her work in a UK-Euro art-music continuum. A double-CD Mal Des Ardents / Pantonéon (MIKROTON CD 21/22) allows you to savour her uncanny vocal effects when showcased in conjunction with the great eRikm, who is performing like a demon with his turntabling, sampling and live electronics antics on these assorted concert recordings. Mal Des Ardents is from 2010, and Jauniaux’s performance is like a stream of dramatic poetry recited by a lone survivor from a Greek tragedy, recounting hideous events in a language we can’t understand; an uncanny range of emotions flashes through her wiry frame. Wordless scat-singing competes with nonsense gibberish in the mode of an angry James Joyce filtered through the evil twin of Cleo Laine, who abandoned the tasteful lounge jazz route of her doppelganger long ago. eRikm’s restless interventions are as sparky and abrasive as he usually conjures up in such situations, although the crackle of old records keeps popping up all the time and becomes something of a distraction here. Even so, his lightning-fast responses and vinyl-rubbing techniques certainly bring the best out of Jauniaux, who wriggles about like a galvanised puppet.

Pantonéon is from a festival in Basel in 2000, and is generally a more melancholic set, with lucid passages and a slightly more coherent feel than the bonkers first disc; in places, Jauniaux actually sings a convincing representation of French chanson in the Edith Piaf mode, morphing now and then into a parody of Lotte Lenya, giving us glimpses of the profound depths of her vocal talents. eRikm leaves a bit more space on this disc too, giving her (and us) room to breathe. Buried in the set, perhaps better represented on this disc, are snippets from printed texts which Jauniaux uses to underpin and advance her fractured world-view; she samples the writings of Ovid, Kandinsky and Rilke in the same way that eRikm pilfers thrilling sounds from his LP collection. A tremendously exciting and vigorous set which I recommend; producer Kurt Liedwart, who runs this label, can feel proud of this distinctive release from 2013.