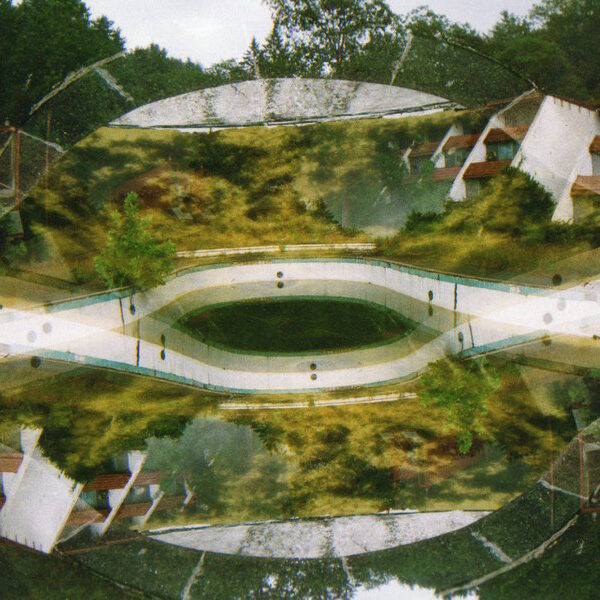 We’ve been keen on Toshimaru Nakamura’s music for at least 15 years now, ever since the wonderful Japanorama events organised by Ed Baxter first graced the UK and presented his famed no-input mixing board in the context of Sachiko M and her empty synth, Otomo Yoshihide’s then-new reduced playing style, and many other futuristic musicians. Since then Nakamura has been well-represented in the so-called EAI sphere, evidence of which can be found in assorted group combinations on the Erstwhile and ErstLive labels. Quite a change perhaps to find him doing it with a rock group, as can be heard to great effect on Many Arms & Toshimaru Nakamura (PUBLIC EYESORE PE131), with four long recordings he made with Many Arms in Philadelphia in 2013.

Actually Many Arms – a trio of fellows from New York and Philly who play guitar, bass, and drums – are more than just a rock band, and make intelligent, single-minded forays into free-form playing to create highly energetic music which resembles free jazz as much as punk rock, and they play games with unexpected rhythms and melodies, besides all their inventive use of amplifier feedback and sustained guitar tones. This record would seem to represent a pretty ideal pairing, were it not for the fact that on first listen it’s a bit hard to make out Nakamura’s contributions. For the first two tracks, it feels as though the Americans pretty much dominate the pitch like Joe Namath to the power of three; on ‘I’, they’re raving like avant-garde frat-boys at a beer-keg party, and while on ‘II’ the hormonal power is more subdued, I can’t quite disentangle Toshi’s vibrant burr from the more aggressive feedback hums emanating out of Nick Millevoi’s guitar. No matter, as both of these are supremely exciting cuts, and may also indicate how the influence and lessons of Keiji Haino are still being digested and mutated in the USA.

‘III’ is more of a recognisable collaboration among the musicians, a fascinating and innovative sprawl where Toshimaru’s electronic eructations are nicely balanced by restrained free-form melancholic plucks and keening cries from the guitarist, while drummer Ricardo Legomasino is quietly running an express train in the background. The Onkyo purity of Japanorama becomes a distant memory when listening to this contemporary hybrid…there’s no space, no air, just a thick wodge of suffocating but multi-dimensional noise that does much to advance us beyond recognisable genres or categories. ‘IV’ is more or less in a similar place, but it goes on for 18 minutes and grows into terrifyingly manic proportions of hysteria, screaming and jangling effects that will guarantee to shatter the psyche of all who come near this poisonous cloud of horror.

An astonishing and exhausting collaboration; I’d like to learn how more concerning it came about, but apparently Toshimaru just flew over there for the express purpose of working with these three. For those with an appetite for more from Many Arms, be sure to look out for their two albums on Tzadik. From June 2015.