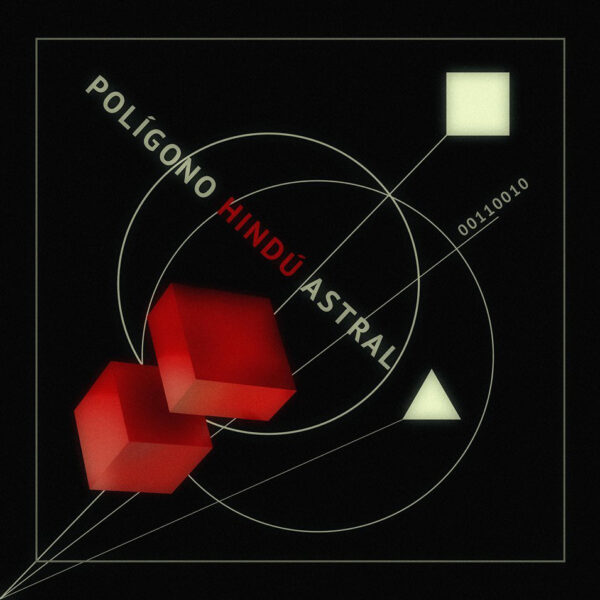 The Spanish duo Polígono Hindú Astral represent another recent attempt to reference, represent and replay Krautrock and Kosmische music on their own terms, and pay explicit homage to both Tangerine Dream and Cluster in their music and their press releases. However their album 00110010 (VERLAG SYSTEM V.S. 004) is not just another empty pastiche of the past; bend an ear to what they’re doing with their analogue equipment, their insistence on the poppy short-form for each tune, and the general paring down of everything so that only simple beats, notes, and sounds remain; a true essence. While no-one could claim to be as expert in the refinement process as Ralf and Florian, at least Joni and Julio have understood something about that method, and their work shows they appreciate that “less is more”. In short, there’s an understated charm to their music that gives their album a modest, unassuming demeanour. Speaking for myself, I’ll take what they do over Steve Hauschildt and Emeralds any day of the week, or indeed any of the recent Spectrum Spools crop of pretenders from the last few years. Be sure to look out for their earlier 00110001 cassette from 2012 on Musagre. Apparently the pair used to be in a Spanish dark wave / new wave band called Antiguo Régimen. From June 2015.