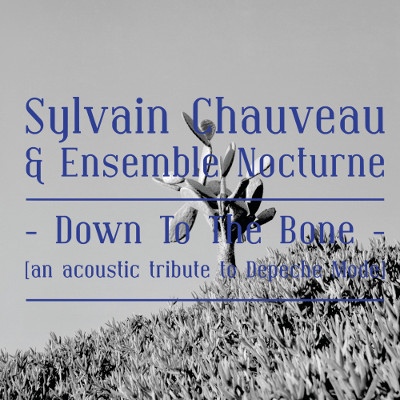 Well, this is a rum one, and no mistake.

One of my comic-reading highlights of 2015 was James Robinson and Greg Hinkle’s “Airboy”, a tour-de-force of self-loathing that actually made me laugh out loud in a coffee shop. This was in response to a panel where Robinson’s character rages against slowed down acoustic versions of 80s new wave songs. High street coffee shops tend to have such things on permanent loop, of course. So, imagine my surprise, and my trepidation, when my review pile yielded up this little item, subtitled “An Acoustic Tribute To Depeche Mode”.

I genuinely do not know what to make of this. I guess it succeeds on its own terms, because these are indeed acoustic versions of Depeche Mode songs, tastefully arranged for piano and strings. The musicians play well, the singer is fine, so these are not bad versions as such, even if it’s very hard to distinguish one track from the next. Apart from Track 6, “(Enjoy) The Silence”, which is 47 seconds of, yes, near silence.

Chauveau is described as an “experimental crooner”, although it’s hard to see what’s experimental about any of this. The arrangements don’t seem to reveal any hidden depths or surprising aspects of the originals, apart from the surprise at how similar it all sounds. Maybe there’s a high concept that I’m not picking up or a joke that I’m not getting, but in the end, this doesn’t appear to be anything more than a collection of slowed down acoustic versions of new wave songs.

If that’s your cup of macchiato, or if you’re a café owner putting together a playlist, dive on in.

Editor’s note: this is a reissue of an album originally released in 2005 on Les Disques Du Soleil Et De L’Acier.