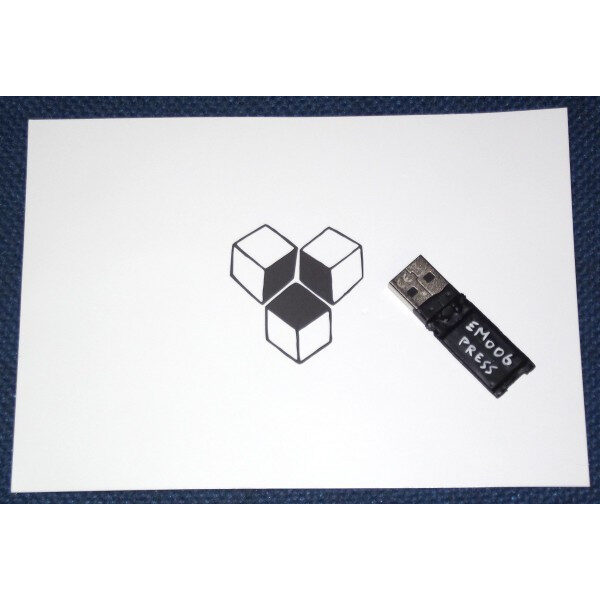 Got the sixth catalogue release from Emitter Micro, the Berlin-based conceptual label. Only six extremely limited edition releases in four years; no one could accuse them of flooding the market with product. The first was a very elegantly packaged cassette in a plastic box containing abstract electronic music by Christoph Limbach and Pierce Warnecke, the second a CDR of quiet improvisation. EM006 is packaged as a USB Stick. This isn’t quite as far-out a thing as it used to be; even The Beatles have put out an Apple-shaped USB Drive release within living memory, but these editions of Hanz ? Memorial are certainly stylish and brutal, and you’d be proud to exhibit one of them alongside your Zippo lighter. The “press” version however is ugly and shrivelled; no case, just a nub of black plastic abutting the business end. Unsurprisingly, it’s issued this way because the release contains more than just music; open it up and you’ll see a bunch of directories containing computer files. The main added bonus here is a generative sound app, although it only works with Mac systems so I’m left out in the cold as a Windows user. Either way, it’s an intriguing bundle, and I like the idea of compressing so much information onto a single small unit, in ways that make the average CD release (assuming that format has any shelf-life left in this cruel rapidly-changing market) look positively gaudy and excessive. 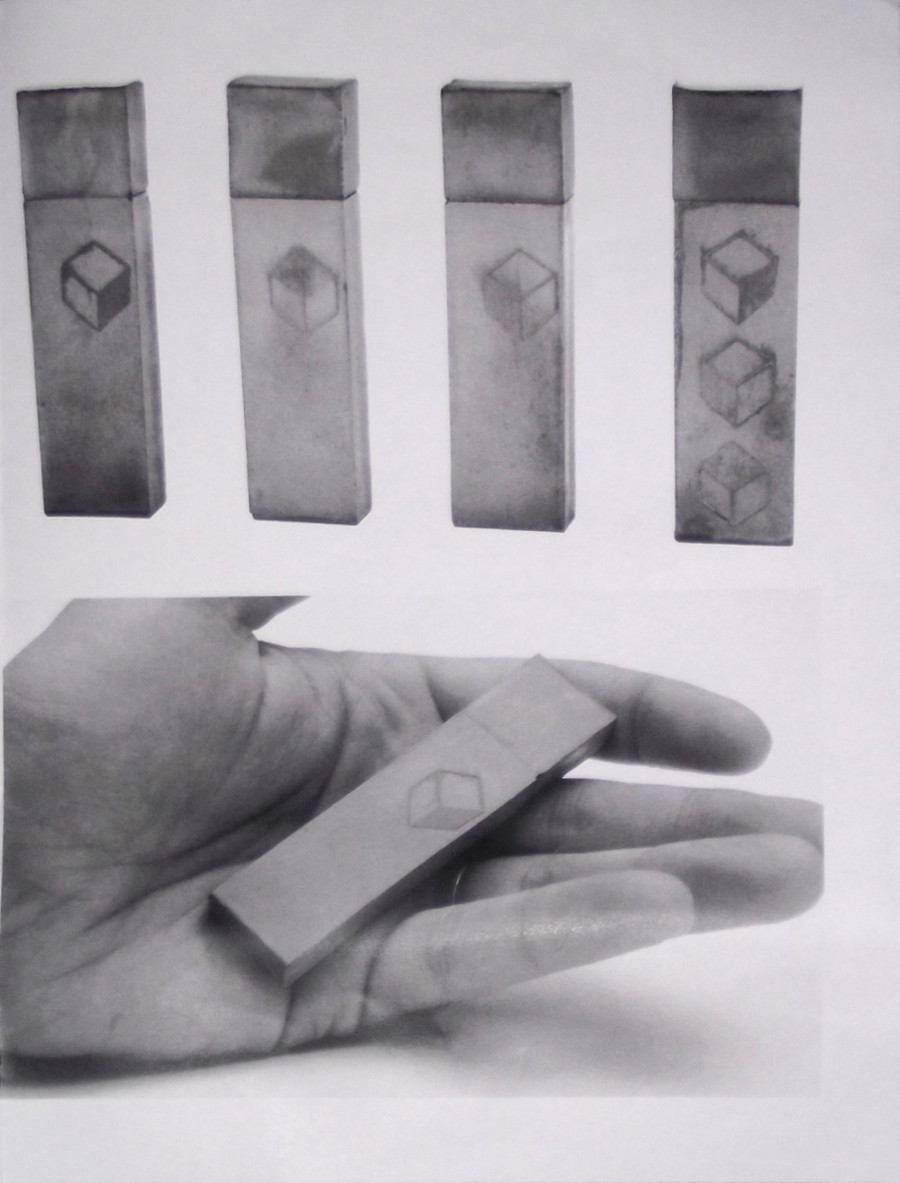 So much for the package. The music here on one level is low-level electronic purrs and squiggles laid out in strange, puzzling, abstract lines, almost like a diagram for an idea rather than an actual “track”. It’s been put together by Nicolas Lefort, who also trades as Niko LFO, and he’s a musician / sound artist based in Berlin who’s involved in artist collectives, record labels, industrial night clubs and software design in a musical context; you may know him as one half of Tronc, an industrial noise improv act. Somewhere in this rich mix of skills lies the talents of a man who’s intrigued by the idea of generative composition, which isn’t explained here in the press notes in great detail, but I assume means using the power of computer code to create self-executing commands that can play and replay audio files in interesting combinations, presumably doing so into infinity; Brian Eno is the only artist I’m aware of who not only embraced this notion early on, but actually did something with it (even if the results were not very interesting). The 18-minute track is only a series of excerpts from the entire work Hanz ? Memorial; even more troublingly, it’s called Version 0.1, suggesting further atrocities will follow. What we hear on the USB stick might not actually be the music of Nicolas Lefort at all. Hanz ? Memorial is dedicated to Hans Nibler, who may or may not be a very obscure musique concrète composer whose name is being rescued from history by this project. Or is he? The notes here emphasise his scientific work, not music, and refer bafflingly to “cybernetics, self-regulatory systems and self-referential objects and dynamics of quantum mechanics applied to sound”. We’re almost straying into the ground marked out by Florian Hecker and the like; high-powered science theories which have some tangential connection to the organisation of music or sound. It’s also puzzling when the notes refer to “fictive musical archives”, casting even more doubt on the fundamental truth of the enterprise. Does this music exist, or doesn’t it?