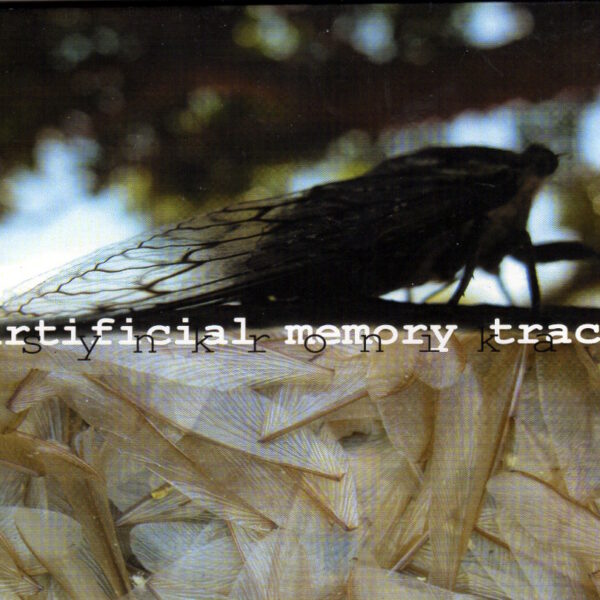 Least heard from Artificial Memory Trace with releases from Gruenrekorder, the German hub of field-recordings presented as art music. His Collection 5 was particularly noteworthy for the way he tried to bend the laws of time and space with his collections of source recordings, whose origins were deliberately kept obscure. No such guessing game on Synkronika (TENTACLES OF PERCEPTION RECORDINGS TOP 001), where the recordings are declared as animal life and environmental sounds captured in South Africa, the Brazilian Amazon, the Basque Country, and Ireland (where Slavek Kwi currently lives). However, he’s doing something subtle to transmute and metamorphise the sounds…his notes here speak of “various surfaces of time and scale”, which may mean he’s interested in all animals both great and small, but it may also refer to his technique in the mixing room when he’s got his assembled tapes before him, for instance time-shifting perhaps. At all times he declares his interest in “exploring abstract textural and aural potential” of his captures, which I take to mean he’s not really out to represent or duplicate nature itself, rather he’s more interested in creating a unique experience for the ears. If I am right, then I suspect there is much layering going on, combining many disparate recordings in a grand sprawling canvas that ultimately becomes an idealised, many-legged, multi-hued version of reality, almost a psychedelic representation of the natural habitats whence they came. This has the curious effect of starting out like something we might be familiar with, then gradually changing into a strange and slightly hallucinatory dream. The first long piece (27 mins) combines “insect, amphibians, birds and underwater activity”, and makes us feel like we’re flying through the air, exploring underbrush, and swimming underwater all at the same time. The voices – and they are voices – are on the verge of being a language we could understand. They certainly seem to carry a lot of secret information. This 27-minute tour de force is truly a grand statement which demonstrates his theme in the strongest way.

The second piece is not quite as rich, and instead comes over as an episode in dark ambient atmospheres, very minimal, but conveying a strong sense of imminent danger. Once again all of wildlife seems to be conspiring against the human race. Then there’s the ‘whistling frogs, insects and barking dogs’ from the Amazon where the overlapping sounds create far more patterns and rhythms than seems normal, and it’s almost as though they’ve been composed to make music, a chorus of grunts, murmurs, and trills. Further wonderments follow, involving “ice particles falling from trees, boiling oil and hot steam, fire crackles”, plus underwater recordings, bull roarers, and forgotten recordings. He succeeds in the abstract part of his mission, but as already noted he also succeeds in passing on a strange sense of the unfamiliar; but it’s in a good way, allowing to hear and perceive the world anew. The recordings here represent several years of effort, and have involved extensive travel to various parts of the world; various institutions have made this possible, as have notable individuals, and those thanked include Francisco Lopez, Xabier Erkizia and Nicolas Malevitsis. From 23 April 2015.