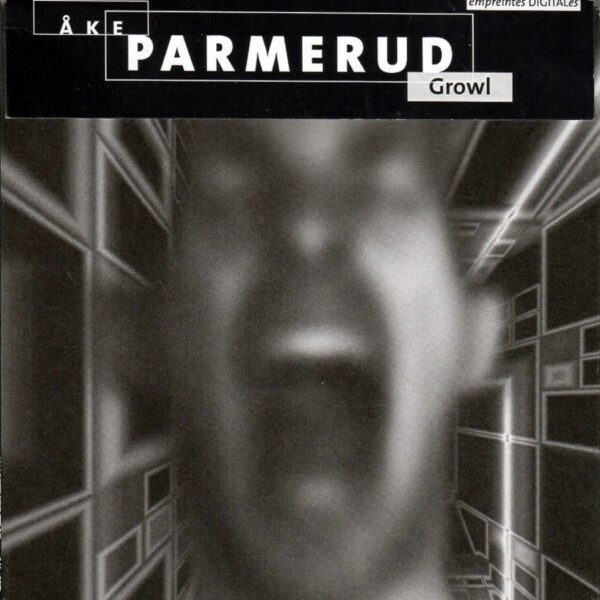 Composer Åke Parmerud is from Göteborg, which is also the home of underground labels such as Fang Bomb, Release The Bats, and Beläten, names on which we can always rely to provide solid blasts of depressive post-industrial noise and drone music. Parmerud isn’t exactly cut from the same cloth, being as how he’s a prize-winning and classically-trained electro-acoustic maestro, but there are moments of tasty darkness on his Growl (empreintes DIGITALes IMED 15132) collection which appeal to a macabre chap like myself. ‘La Vie Mecanique’, for instance, is a pretty effective critique of modern industrialisation, or at least an observation on it, and takes the hoary old dystopian cliché of “modern man becoming machine-like” and dusts it down for an update that involves samples of machinery blended with Techno music. In this lively composition of clattering beats and metal, it’s far from clear where the factory machines leave off and the dancefloor begins; it’s intending to convey something about the body being broken down into smaller units, much like the cogs of a machine being taken apart. Parmerud also makes a commentary on the contemporary use of machines (laptops, presumably) for making music. I wish he’d be a little less equivocal about it, both in his notes and his music, but it’s a nifty statement.

Maybe serious composers shouldn’t dabble with Techno. However, if you think men of Parmerud’s generation should leave the kids’ music alone, you’ll be even more appalled by the idea of ‘Growl’ itself, where he drily observes “metal music is big in Sweden” from his lofty position, and borrows some ideas from his youngest son who plays in a metal band. This might be Aron Parmerud who plays his “axe” for Marionette, a Death Metal band who made a couple of albums for Listenable Records. What the composer has done here is zero-in on the throat-shredding vocals that characterise a lot of the music in this genre, and through arranging samples of voices shrieking “Hell Is Us! Die We Must!”, has built a virtual “growlers choir”. With the dark techno backing, electronic effects, and gloomy ambient tones, this works surprisingly well, even if it sounds too “expensive” and well-produced for a genuine metal album and has far too many interesting dynamics. He also misses the claustrophobia and genuine sense of doom. But even so Parmerud turns in a strong piece of work, and in any case he wasn’t setting out to produce a metal album.

What else are the “young people” interested in these days? Vinyl records, of course! So listen in to 2011’s ‘Grooves’ if you want to hear what Parmerud can do when sampling the black stuff. The source material for this was the vinyl collection of his friend Kai Hanekken; in fact the composition seems to have been a by-product of a digitisation project requested by said Hanekken, who urged the composer to pick up the gauntlet and create a composition. He gave in. What gets sampled are run-out grooves and vinyl “noise”, i.e. crackles and clicks and such; Parmerud seems to have been only too aware that doing this was already something of a well-worn cliché, but again he liked the challenge and wanted to see if he could invert it and bring new life into the idea. Although best heard at high volumes and played back through a multi-channel system, ‘Grooves’ still succeeds on your home CD player and delivers a suffocating density which is clearly one of this composer’s trademarks. Continuity is severely disrupted by the multiple edits, and the speed with which the layers of abstract noise pile up is incredibly alarming. You’ll feel like you’re trapped on an enormous spinning black disc of death.

Also here: 2014’s ‘Birds’ derived from birdsong samples (yet another instance where Parmerud had promised himself he would never make a piece like this), and ‘Transmissions II’, the most recent composition. It derives from a multi-media work where, if seen live, a singing choir are able to manipulate sound signals in real time. Some fascinating complex electronic layers result, and it sounds a lot more contemporary than some of the formal music that often gets released on this label, and is every bit as convincing as any given Mego release from the last few years. Sometimes proper composers make a ninny of themselves when they try and get “with it”, but Åke Parmerud has nothing to be ashamed of here. From August 2015.