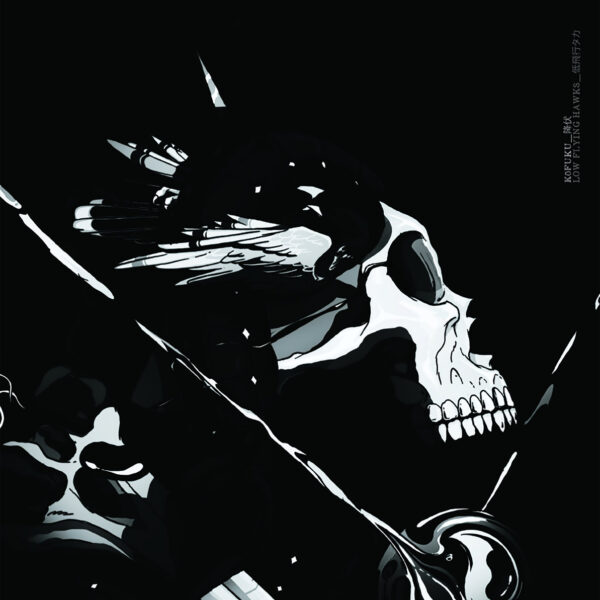 An interesting new presence coming over the horizon of sludge doom metal is this predatory bunch who call themselves Low Flying Hawks, dropping by to drop off their debut album “Kofuku” into my quivering paws. (Well actually the CD was dropped off via plane and post all the way from Aquarius Records in San Francisco but that’s probably not such an intriguing little tale.) The band is led by two mysterious guitarists who rejoice in the initials AAL and EHA, and who have enlisted the services of Melvins members Dale Crover and Trevor Dunn on percussion and bass respectively, and producer Toshi Kasai who also helps out on guitars, vocals and effects. So what we have here is a veritable super-group guitar army skimming through the skies like a portent of aerial bombardment destruction with their particular brand of sludge doom …

… or doom sludge rather, since the music is as deeply lugubrious as any could be if stuck in a pit 25 kilometres deep down in the earth with no hope of escape or of ever seeing the sunlight again. “Now, Apocalypse” leads off with a pained and lumbering groaner of a track in which drums mooch along in a brain fug and guitars blare and complain. The vocals are smothered in wash-out reverb and astonishingly combine shoegazer croon and a deeper, slightly more sinister rumble. The next track “Seafloor Fathoms” is not that much faster or more energetic; it is crankier in parts but there are also moments where calm reigns and something of the inner pain of the protagonist singer becomes plain.

For most of the album the pace rarely rises from knuckle-dragging slow and the mood is depressed throughout but the music’s meandering through wailing doom bass drone, hippie psychedelia, hard-edged concrete-slab sludge and stoner attitude, all shot through with a pop sensibility and an atmosphere that’s half-hell, half-trance washout, and all enveloping to boot, is what makes this album distinctive. Music and sounds from the last 50 years, starting with psychedelic pop and rock in the late 1960s, parade through “Kofuku” in various combinations that bleed into one another and form a solid wall of sound for over 50 minutes.

The songs aren’t greatly different from one another in pace and mood and the singing probably could do more than flail about in a soup of blurry echo. I can make out groans and cries of pain but not much else. The lyrics are difficult to make out unless you turn the sound knob up high enough that distortion occurs. Unexpected humour is present in little interlude tracks like “Ruins” or the introductory title track where there is spoken-word found sound that, in the context of the album and its cover art, might be poking fun at the music’s intent. The cover and inner sleeve art itself is a thing of sinister and dark beauty though it could lead some listeners to expect a lot more of the recording than it actually delivers.

This is a well-made album generally with varied music and a distinct stoned-out trance ambience. “Kofuku” might grow on me with a few more spins, and may well do the same for you if you’re inclined towards fusion depressive doom psychedelia. When these raptors come for you, don’t resist the clutch of their talons! 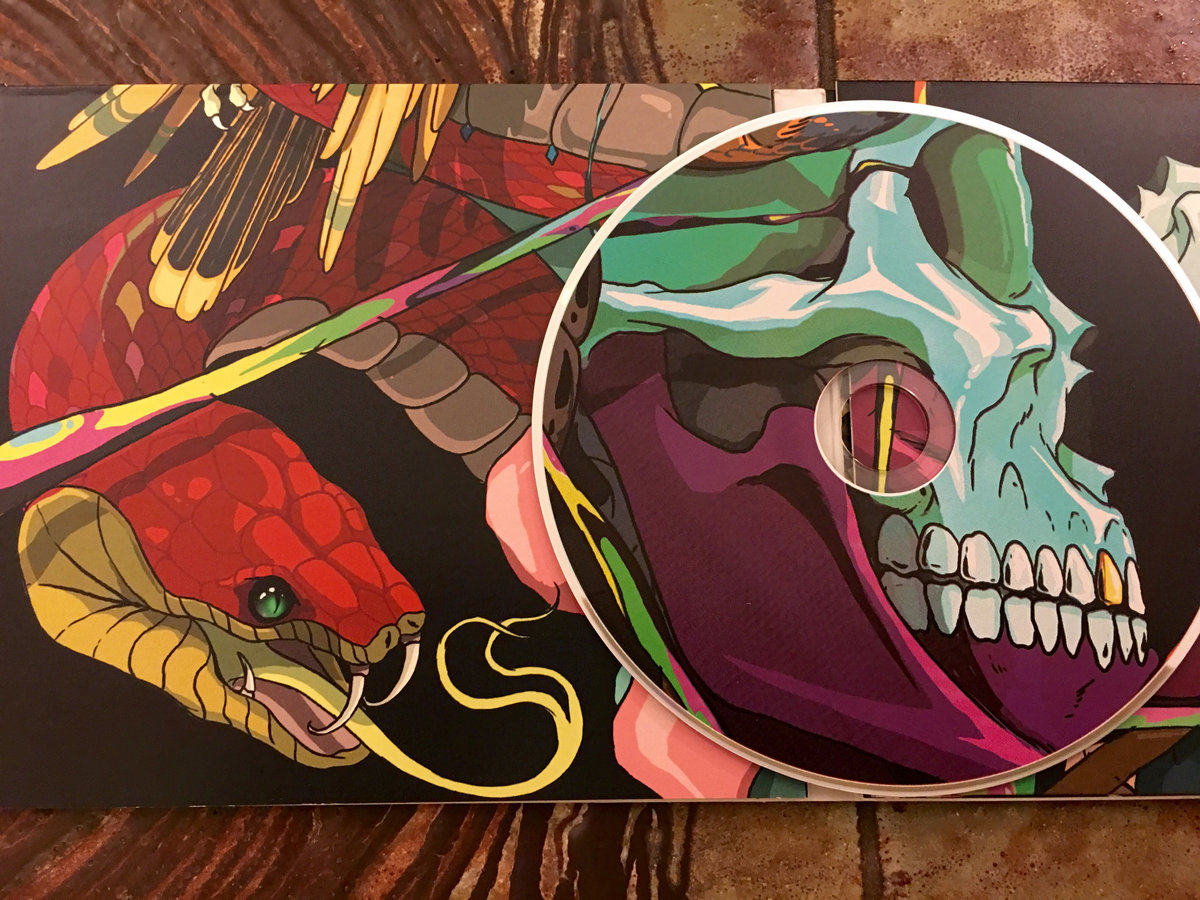