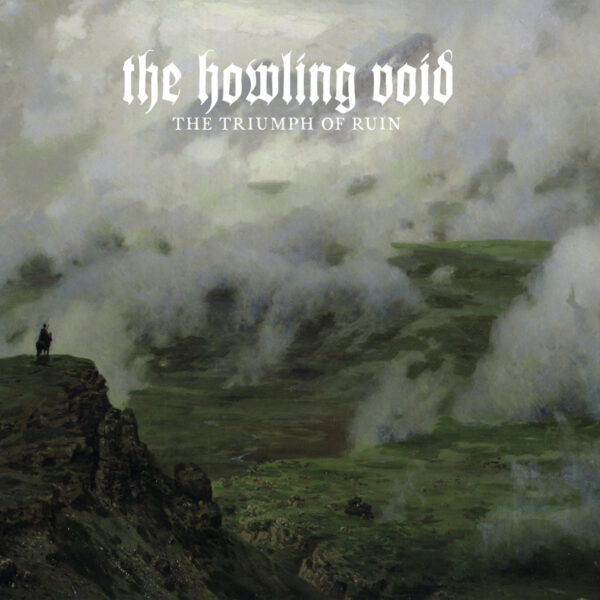 The Howling Void, The Triumph of Ruin, Avantgarde Music (2016)

The Howling Void … now here’s a good name for a band in a metal genre that admits music of an epic nature with plenty of atmosphere. Though I would have imagined it most suitable for a noisy black metal band beavering away in the crowded dark and depressive sub-genre.

“The Triumph of Ruin” is a solid and earnest effort, maybe too solemn at times, and that in itself is a problem. I understand that THV is primarily a funereal doom band but on a recording like this that meditates on a post-apocalyptic world ruined by human stupidity and violence, there should be more than just sorrow and passive resignation at the silence that will soon reign over the Earth. There could (and maybe should) be rage that we are too short-sighted and selfish to recognise that we are ruining the planet and its ecosystems. There could and should be despair that we know the planet’s systems are collapsing yet we party on as if everything’s going to be fine and the planet can take care of itself. Instead we have a recording where the dominant mood seems to be submissive and subdued, and where instead of energy, determination and emotion we get instead lethargy and blankness.

Most tracks cruise along at glacial or thawing-out speeds and with the music being so hard-edged and heavy in sound, the album can be something of a lumbering test in patience and forbearance. In most tracks there are only a few lines of whispery lyrics so they can virtually be considered instrumental. I wish there could be at least one track different from the others in mood, ambience and structure that I could recommend but unfortunately there isn’t very much to distinguish among all six tracks.

On a strict technical level the standard of musicianship is consistent but the vocals are either too distant or too bland to complement the music. Music that is as heavy as this calls for a vocal style that has some substance or body to it, that listeners can believe is capable of expressing a range of emotions beyond listlessness.