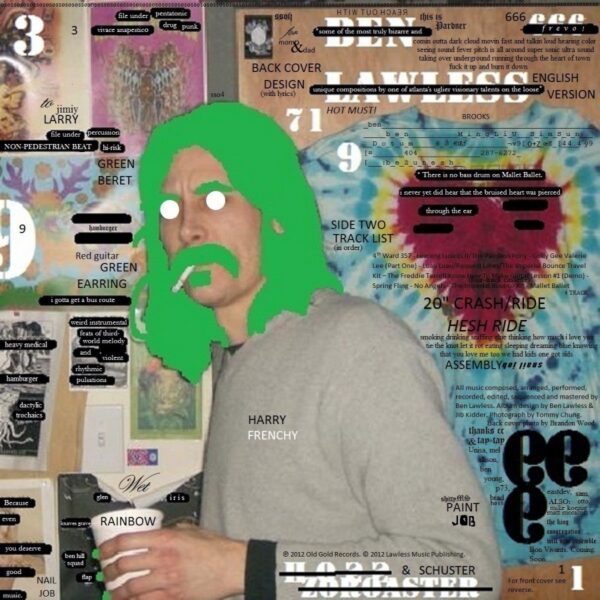 Entertaining and slightly demented split LP (OG2014) from the Old Gold label. Ben Lawless’s side is Friday Night 4 Lyfe, and it’s a dazzingly professional piece of sub-Zappa 1970s melodic funk-rock playing that he can be proud of, all the more so as it was produced solo using a four-track recorder. The work began life as demo tracks for one of his many other bands, the four-piece Heavy Medical Hardware; they never played them, but it seems he worked on them for years afterwards, adding tracks and overdubs and little twists. The Edgar Winter Group and Steely Dan are namechecked as possible reference points to help steer you through this remorseless slab of tightly-produced fusion. The press describe it as “an endless legion of zombie big band party breaks”. Impressive and entertaining for sure, though Lawless could do with some lessons in how to give his melodies extra punch and meaning; he’s not as skilled at song-form craft as he is behind the faders and knobs, and his work evaporates quickly through lack of form and meaning. Even so, it’s a tasty firework display while the Catherine Wheel spins. Atlanta-based Ben Lawless is also associated with King Congregation, Forever, The Bon Vivants, The Bad Poet, Yximalloo, and Prefuse 73. 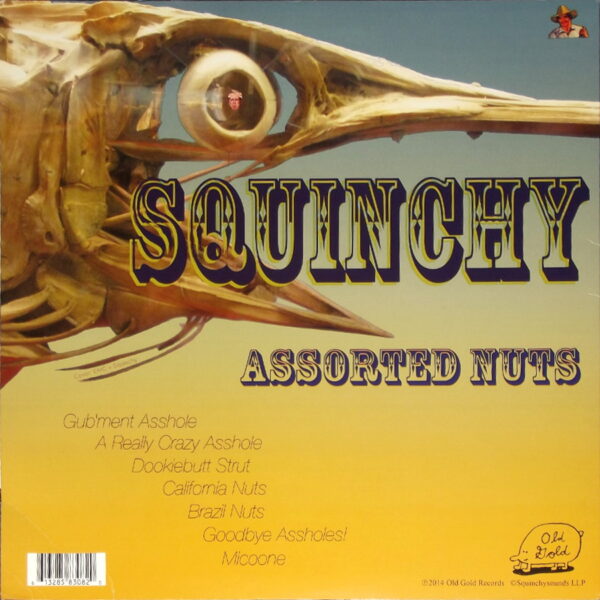 While Lawless dreams of producing a cross between The Grand Wazoo and Jasmine Nightdreams (perhaps with guest guitar work from Larry Coryell), on the B side is Squinchy, a New Yorker who dreams of playing in a beat combo during that brief sweet spot after 1959 and before the first Beach Boys LP. He plays in Autobody, Dymaxion and Fly Ashtray. His Assorted Nuts is a set of songs and instrumentals, much more down-to-earth in the production, and with slightly more memorable melodies than the flashy Lawless side. At any rate, almost every song title refers either to nuts or to assholes, suggesting that Squinchy affects a worm’s eye view of the human race, shrugging to himself that the whole world’s gone crazy. He’s a strong guitarist and has a facility with overdubbing that a lot of musicians would envy, and each production has a no-nonsense, no-frills sound which the label would liken to 1960s surf records or describe with the catch-all term “lo-fi”, but there’s something unaffected about his delivery that refuses any “kitschy” associations, unlike the way that say Stereolab copied tics and mannerisms from all manner of recorded sources and played everything in such a way that they wanted you to know how clever they were being. This LP isn’t about to cause any revolutions in ideas, theory or practice, but it’s hugely enjoyable. From October 2014.